A ballistic missile fired by Yemen-based Ansar Allah militants (more commonly referred to as the Houthis) hit an area outside a residential compound for workers of the state-controlled oil company Saudi Aramco in Dhahran, Eastern Province, on the evening of 7 March. Saudi Arabia’s defence systems downed the missile, with no casualties reported. On the same day, an unmanned aerial vehicle (UAV) attack on the company’s storage tanks at nearby Ras Tanura was foiled. Energy assets across Saudi Arabia, most notably the Saudi Aramco-owned Abqaiq processing centre, have all been attacked since 2019. The attacks reinforce a perception that the country’s key energy assets are under siege.

Despite this physical threat from Iran-backed proxies, the foremost threat to Saudi Arabia arguably comes from the global oil transition. As oil’s role in the global economy shrinks, so too could Saudi Arabia’s economic and political influence.

A global energy transition is under way and the point at which global oil demand peaks and ultimately begins its gradual decline is approaching as early as 2040. For Middle Eastern states that have long paid lip service to the need for economic diversification and yet continue to depend on oil for as much as 90% of their oil export revenues, the need for reform is becoming increasingly critical. 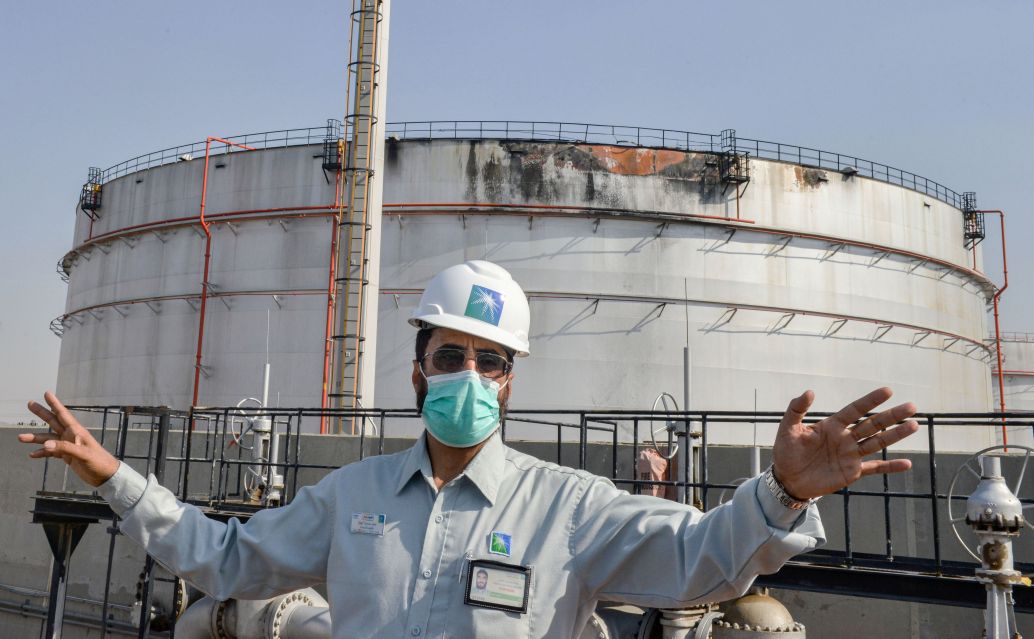 An employee at the Saudi Aramco oil facility stands near a silo at a plant in Saudi Arabia's Red Sea city of Jeddah on 24 November 2020. The facility was damaged during an attack the previous day by Yemen-based Houthi militants. (Fayez Nureldine/AFP via Getty Images)

A ballistic missile fired by Yemen-based Ansar Allah militants (more commonly referred to as the Hou...