The Russian Ministry of Defence (MoD) is upgrading its fleet of Sukhoi Su-25 close air support (CAS) aircraft to the Su-25SM3 standard, a Russian military spokesperson told Jane’s on 18 June. “Since 2018, the Aerospace Forces [VKS] have been receiving Su-25SM3s, and a total of 25 aircraft have already been delivered,” he said, adding that “a large part” of operational Su-25s would be upgraded. 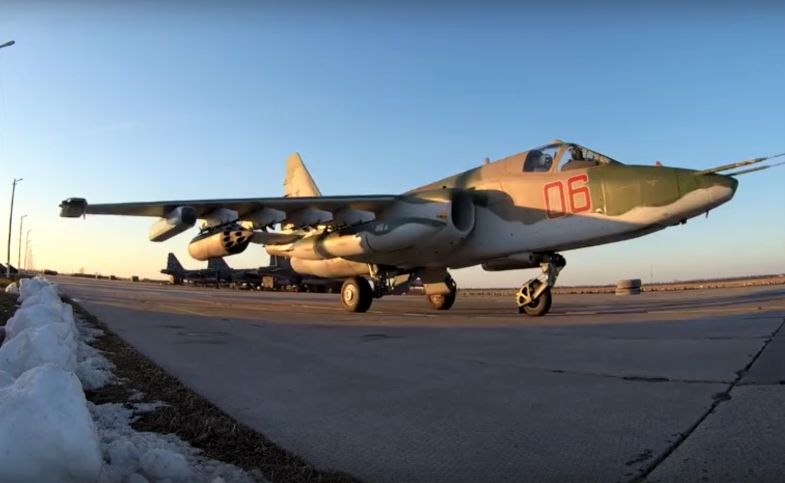 The Russian MoD is upgrading its fleet of Sukhoi Su-25 CAS aircraft to the Su-25SM3 standard, like the one pictured preparing for take-off at the Russian air force base in Krasnodar Krai in the Southern Military District with an L-370-3S radar jamming pod clearly visible on the outermost wing hardpoint. (Russian MoD)

According to the spokesperson, the Su-25SM3s are being delivered mainly to the Southern Military District (SMD). “In 2018, the SMD began receiving modernised Su-25s. This spring, the district’s 4th Air Force and Air Defence Army in Stavropol Krai received eight Su-25SM3s, and one more batch of these platforms will be delivered before the end of the year,” he said.

“Deliveries of the Su-25SM3 to other districts are also planned. The MoD is upgrading these CAS aircraft in batches of four to five platforms each,” said the spokesperson.