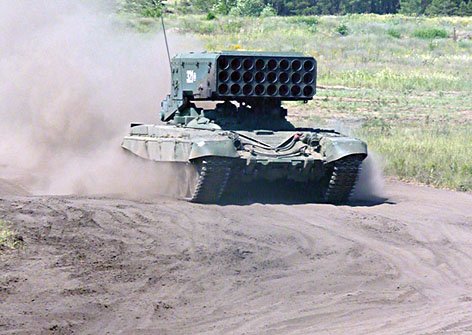 “The TOS-2 is a new weapon system of the CBRN Troops. The first platforms were delivered to the troops this year, and they are going through operational evaluation. The system’s declared specifications were confirmed during Exercise ‘Kavkaz [Caucasus] 2020’,” the general said.

The existing TOS-1A Solntespyok (Sunburn) MRL’s crew protection, accuracy, and lethality are now being upgraded, according to Lt Gen Kirillov.

Russia’s Chemical, Biological, Radiological, and Nuclear (CBRN) Protection Troops are testing the TO...

The United Kingdom has launched a five-year programme to upgrade the British Army’s M270 Multiple La...