Russian Missile Troops and Artillery to be rearmed with Iskander-M

Russia’s Missile Troops and Artillery (MT&A) will be completely rearmed with the 9K720 Iskander-M tactical ballistic missile system in 2019, the Ministry of Defence (MoD) said in a statement on 1 January. 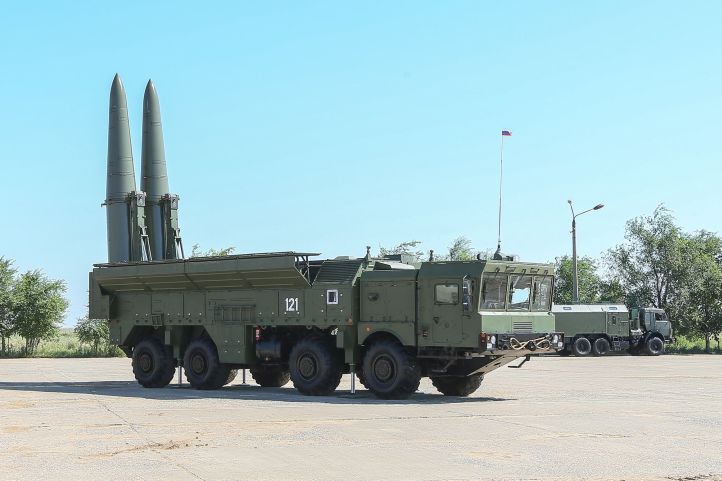 Russia’s Missile Troops and Artillery will be completely rearmed with the 9K720 Iskander-M tactical ballistic missile system in 2019. (KBM)

“The system’s manufacturer will deliver an Iskander-M brigade to the Western Military District under the State Defence Order … the rearmament of the Missile Troops and Artillery with the Iskander-M is set to be completed this year,” said the MoD.

Construction of the infrastructure for Iskander-M units is nearing completion. “In 2013–18, the MoD constructed 458 buildings for 10 [Iskander-M] missile brigades. The troops are storing all the Iskander-Ms delivered under proper conditions and the systems are ready to use,” Defence Minister Sergei Shoigu said at an MoD meeting in mid-December.

In 2011 the Kolomna-based Machine-Building Design Bureau (KBM), a subsidiary of Rostec's High-Precision Systems holding, and the MoD signed a long-term contract under which KBM was to deliver two Iskander-M brigades to the military per year. The implementation of the contract began in 2013 and the first tactical missile systems were supplied to the troops in June and November of that year, according to the schedule approved by Russia’s general staff. In 2011–17, 11 missile brigades were rearmed with Iskander-M systems.

In August 2017, the MoD signed an additional contract worth RUB20 billion (USD300 million) for two more Iskander-M brigade kits, with the 12th brigade joining the MT&A in November 2018 and the 13th to follow in 2019.

Russia’s Missile Troops and Artillery (MT&A) will be completely rearmed with the 9K720 Iskander-M ...