The crew of Russia’s Project 22800 (Karakurt-class) corvette Odintsovo has tested the Pantsir-M naval anti-aircraft gun-missile (AAGM) system against aerial targets in the Baltic Sea, the press department of the Baltic Fleet announced on the Russian Ministry of Defence (MoD) website on 27 October. 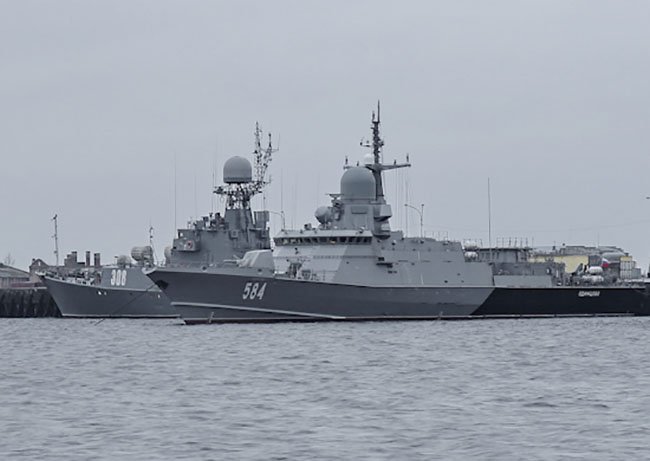 Set to join the Russian Navy (VMF) in 2020, Odintsovo is the first Project 22800 corvette armed with the Pantsir-M naval AAGM system. The Baltic Fleet now operates two ships of the class, Mytishchi and Sovetsk with two AK-630 close-in weapon systems each instead of the Pantsir-M.

The Project 22800 corvette is 67 m long and 11 m wide, and has a drought of 4 m. It is powered by two 7,360 kWt M507D1 diesel engines and a 8,830 kWt M70FRU gas-turbine engine. The corvette has a top speed of 30 kt, a range of 2,500 n miles, and an endurance of 15 days. Its armament suite comprises a nose-mounted AK-176MA 76 mm naval gun, an aft-mounted Pantsir-M system, and a superstructure-mounted eight-cell 3S14 vertical-launch system with Kalibr missiles. The corvette can carry an Orlan-10 navalised unmanned aerial vehicle.

The crew of Russia’s Project 22800 (Karakurt-class) corvette Odintsovo has tested the Pantsir-M nava...

Russian corvette Gremyashchiy to be armed with Tsirkon hypersonic missiles

The Russian Navy (VMF) has completed trials of the Poliment-Redut shipborne surface-to-air missile (...