Russia’s newest Sotnik (Centurion) soldier ensemble is to be developed from 2020-23 and in 2025 is set to begin replacing the Ratnik (Warrior) combat outfit, according to state corporation Rostec’s annual report for 2019, published in late October of this year. 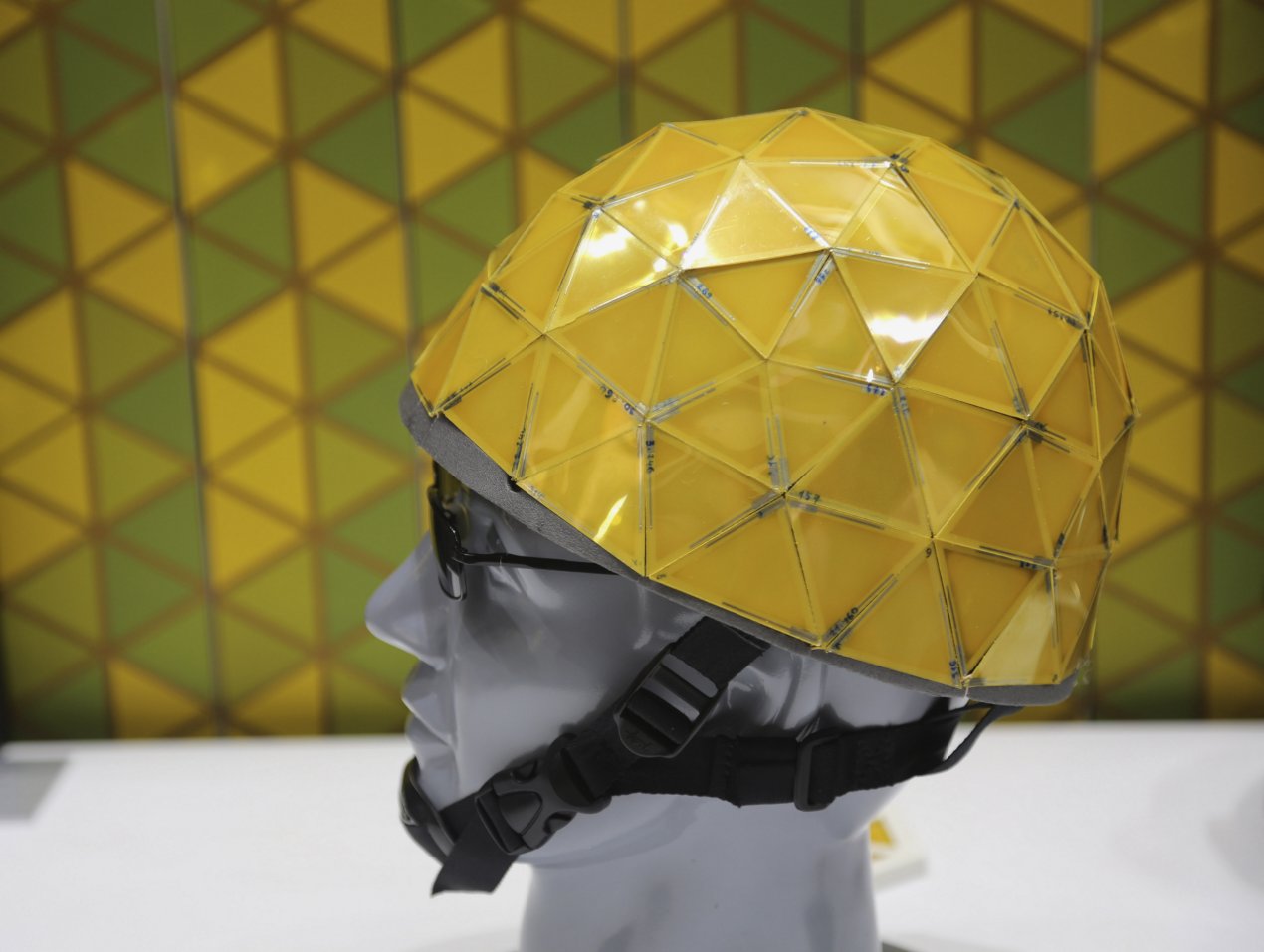 A prototype of an electrochrome helmet that switches colour depending on the environment. (Nikolai Novichkov)

Sotnik is expected to field new ammunition, firearms, anti-blast boots, a low-infrared emitting uniform, and an anti-radar suite. Commands and digital maps are to be projected to the user via the kit’s protective goggles.

According to the report, miniaturised quantum sensors to monitor a servicemember’s health could be embedded in the kit’s fabric. “The quantum sensors may be used in the new suite’s fabric. They are programmed to allow a soldier to estimate his condition and send this information to a higher level of command,” said Koptev.

Rostec previously reported that the Sotnik ensemble, which is being developed by the corporation’s TsNIITOChMASh design bureau, will integrate micro-unmanned aerial vehicles (micro-UAVs) connected to an automated control system. The images captured by the micro-UAVs would be projected via the protective goggles.

The kit’s armour is to retain its current protective features but at reduced weight. Compared to Ratnik, Sotnik’s overall weight is to be reduced by 20% and reach about 20 kg.

An electrically controlled material, known as electrochrome, which changes its colour depending on the environment, is planned to be used in the new suite as well. A prototype of an electrochrome helmet was unveiled at the Army 2018 defence show.