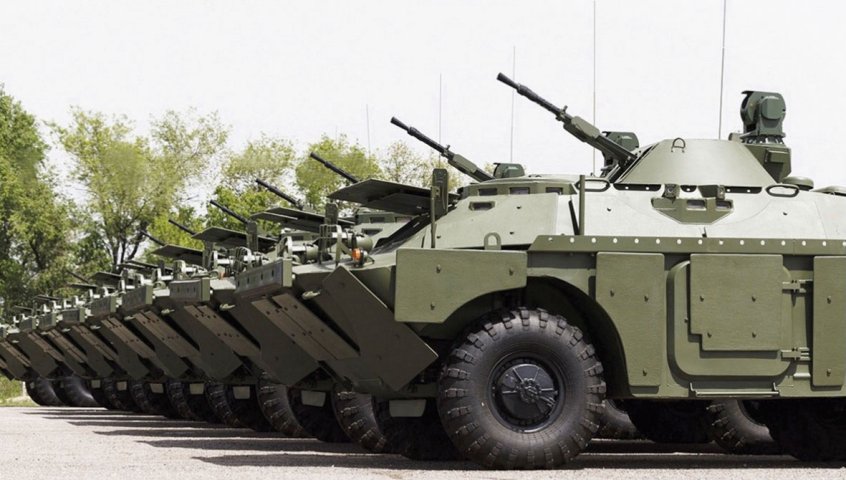 “The two new helicopters will increase the transport and search-and-rescue capabilities of the Kyrgyz military, especially during operations in mountainous areas and rugged environments. The armoured reconnaissance vehicles are set to enhance maneuverability of the ground troops,” Russian Defence Minister Sergei Shoigu said during the official handover ceremony held at Kyrgyzstan’s Kant airbase.

The BRDM-2Ms are of the same configuration as those that were delivered to Laos in late January. Unlike the baseline version, the modernised BRDM-2M is powered by a diesel engine, features an electro-optical station mounted to the rear of the turret, and is equipped with appliqué armour plates over various vulnerable areas.

Moscow said that the recently donated equipment to Kyrgyzstan has an estimated value of RUB385 million (USD5.9 million).

During the ceremony Shoigu praised the country’s efforts to modernise the Kant airbase, stating that it is “a sensitive component of the Collective Security Treaty Organisation’s rapid deployment forces that provides a capability to repel military aggressions and conduct counter-terrorism operations”.

A Kyrgyz military transport squadron has already been stationed at the airbase. The Russian contingency stationed at Kant, ‘the 999th airbase’, is embedded into the 14th Air Force and Air Defence Army of Russia’s Central Military District. The air unit of the airbase operates upgraded Sukhoi Su-25 ground attack aircraft and Mil Mi-8MTV rotorcraft.