The Royal Thai Navy (RTN) is to procure three Norinco-produced amphibious assault vehicles (AAVs), understood to be the VN-16 platform.

The Thai government’s public procurement service said in a notice on 10 September that Norinco has been selected by the RTN for the acquisition, with a bid price of THB398.1 million (USD13 million).

The service did not confirm the platform type. However, this is understood to be the VN-16, which Norinco displayed in model form at the Defence and Security defence exhibition in Bangkok in late 2019. 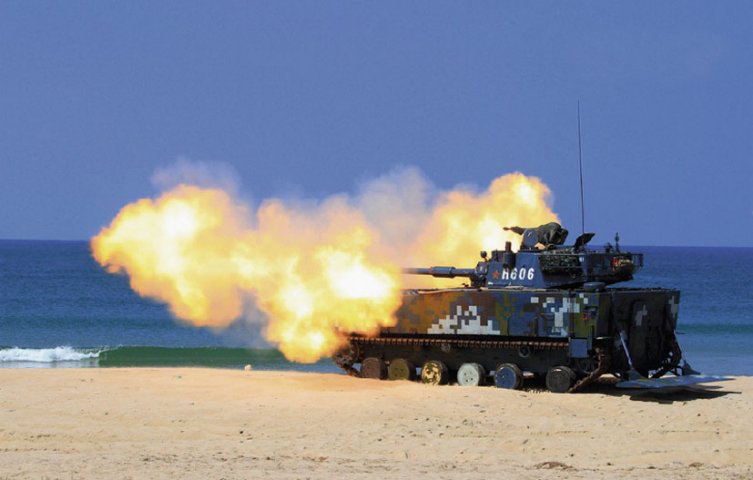 Thailand has selected a Norinco-produced AAV, thought to be the VN-16 platform, a modified version of the ZTD-05 (pictured), for a requirement within the Royal Thai Marine Corps. (Chinese MoD)

Another bid document published by the RTN’s acquisition management office on 9 September confirmed that the acquisition forms the first phase of a wider AAV requirement within the Royal Thai Marine Corps (RTMC). The document also said the vehicles will be procured from local company Chankasem International, which will act as an importer.

The bidding documents confirmed that the acquisition is progressing through the Thai government’s ‘specific method’ of public procurement or through a direct approach to qualified suppliers. The documents show that first phase of the AAV programme was approved by the RTN in early June with a budget of THB405 million. An additional batch of three AAVs is expected to be procured from 2021-22.

Janes has previously reported that the VN-16, which is a direct-fire version of Norinco’s ZTD-05 AAV, is fitted with a turret armed with a 105 mm rifled gun, 7.62 mm co-axial machine gun, and banks of 76 mm grenade launchers.