The final Lockheed Martin F-16 Fighting Falcon combat aircraft acquired by Romania from Portugal was delivered to the eastern European nation on 25 March. 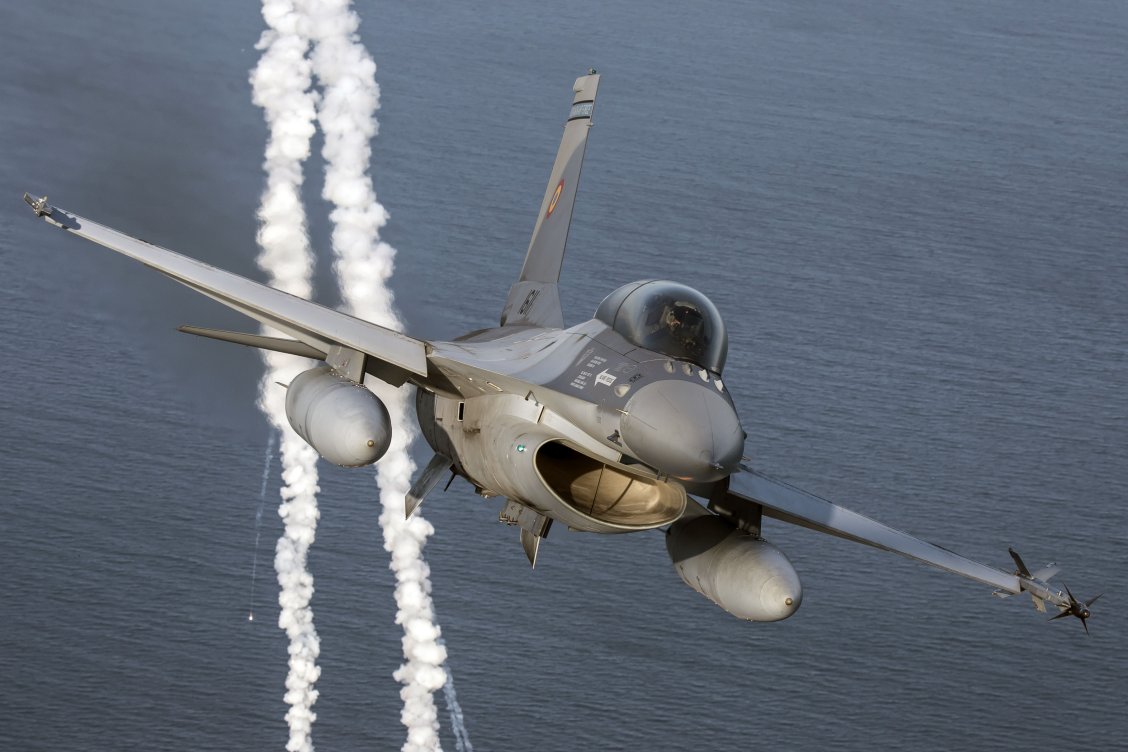 With 17 F-16AM/BM Block 15 fighters now received from Portugal, Romania plans to upgrade these aircraft and buy a further 36 to 48 from the United States. (Romanian Air Force)

NATO’s Allied Air Command announced that the 17th aircraft was delivered to Borcea Air Base. This completed an order that commenced in 2016 when Romania acquired 12 F‐16AM/BM Block 15 fighters (nine single-seat and three twin-seat), with a further five F-16s (four single-seat and one twin-seat) following for a final tally of 17.

Initial operating capability (IOC) was declared in March 2019. A follow-on F-16 order from the United States of a further 36 to 48 aircraft to equip a further two squadrons is anticipated.

Romania acquired the F-16 to replace its Warsaw Pact-era MiG-21 ‘Fishbed’ fighters that were later upgraded by Israel to the Lancer standard. While the country builds up its new inventory it is being supported by NATO, which is flying air policing missions out of Mihail Kogalniceanu Air Base near Constanta on the Black Sea. This Southern Air Policing mission also includes Bulgarian airspace as that country too begins the process of replacing its ageing Warsaw Pact-era MiG-29 ‘Fulcrum’ fighters with the F-16.