A second report into the circumstances leading to the loss of the Royal Norwegian Navy (RNoN) guided-missile frigate HNoMS Helge Ingstad has concluded that the ship could have been saved if the crew had been better trained in damage control procedures and more familiar with the ship’s stability characteristics. 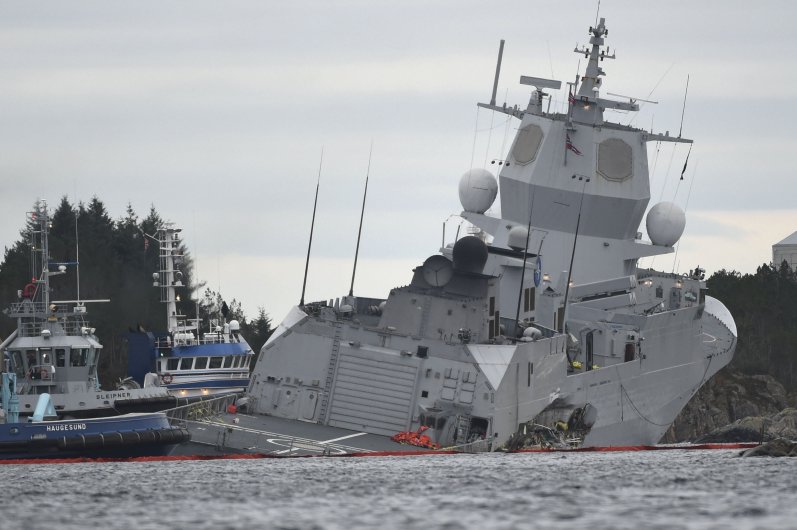 The Norwegian frigate HNoMS Helge Ingstad takes on water after colliding with the tanker Sola TS on 8 November 2018 in the Hjeltefjord near Bergen. (MARIT HOMMEDAL/AFP via Getty Images)

A total of 28 safety recommendations have been made by the Norwegian Safety Investigation Authority (NSIA), most directed towards the RNoN and the Norwegian Defence Material Agency. These include measures to address deficiencies in training, organisation, materiel, documentation, process, and assurance.

The fourth of five F310 Fridtjof Nansen-class frigates delivered to the RNoN by Spanish shipbuilder Navantia between 2006 and 2011, Helge Ingstad suffered extensive damage to its starboard side after colliding with the Maltese-flagged tanker Sola TS in the Hjeltefjord on 8 November 2018. The nine-year old frigate was run aground but heeled over and sank in shallow water. Although subsequently salvaged, Helge Ingstad was found to be beyond economical repair and is now being scrapped.

The first report, examining the cause of the incident, was released in November 2019. This follow-on report, published by the NSIA on 21 April, has investigated the sequence of events that occurred in the aftermath of the collision leading to Helge Ingstad’s grounding and subsequent sinking.

According to the NSIA, the collision with Sola TS resulted in severe damage to Helge Ingstad,

A second report into the circumstances leading to the loss of the Royal Norwegian Navy (RNoN) guided...