Conducted on 20 and 22 April respectively, but disclosed on 12 May, the two controlled test vehicle (CTV) shots were telemetry tests designed to assess the missile performance and launcher interfaces, a Raytheon spokesperson told Janes. The tests also provided critical flight data that will be used to improve the AMRAAM-ER’s future software algorithm development.

Intended as the principal extended-range interceptor for the KDA and Raytheon National Advanced Surface-to-Air Missile System (NASAMS), AMRAAM-ER is set to expand the NASAMS engagement envelope with a 50% increase in maximum range, and a 70% increase in maximum altitude. Specific range and altitude intercept data are not disclosed. 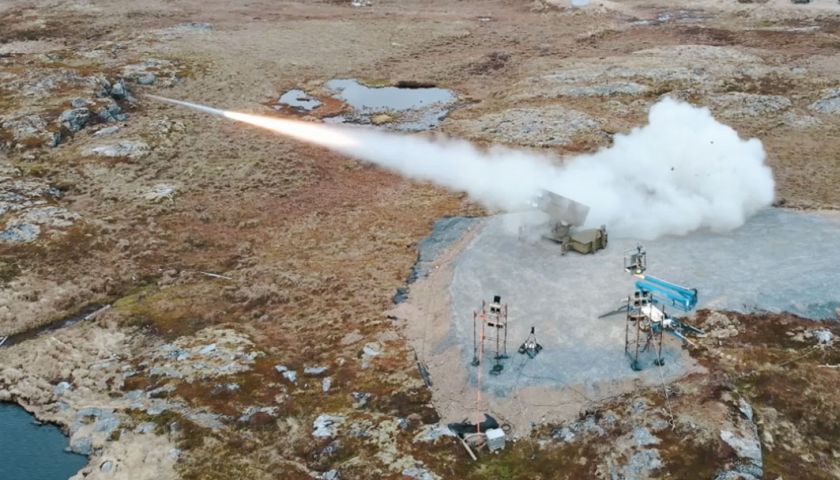 A new-design AMRAAM-ER surface-to-air interceptor is fired during one of two live-fire CTV shots at Andøya Space, Norway, in late April. (Raytheon Technologies)

“We are now one step closer to certification, production, and final integration of the weapon into NASAMS,” said Paul Ferraro, vice-president of Air Power at Raytheon Missiles & Defense.

Raytheon officially disclosed the AMRAAM-ER programme in February 2015, although the company has been considering the concept since about 2008, with a decision to commit company internal research and development (IRAD) funding for the development programme made in mid-2014. The original AMRAAM-ER solution was a hybrid interceptor concept, which married the front end (radar homing guidance section, warhead) of an AIM-120C-7 AMRAAM with the back end (rocket motor and control section) of an RIM-162 Evolved Sea Sparrow Missile (ESSM). This configuration was tested at Andøya Space in August 2016 using the ESSM rocket motor to demonstrate the AMRAAM-ER concept.