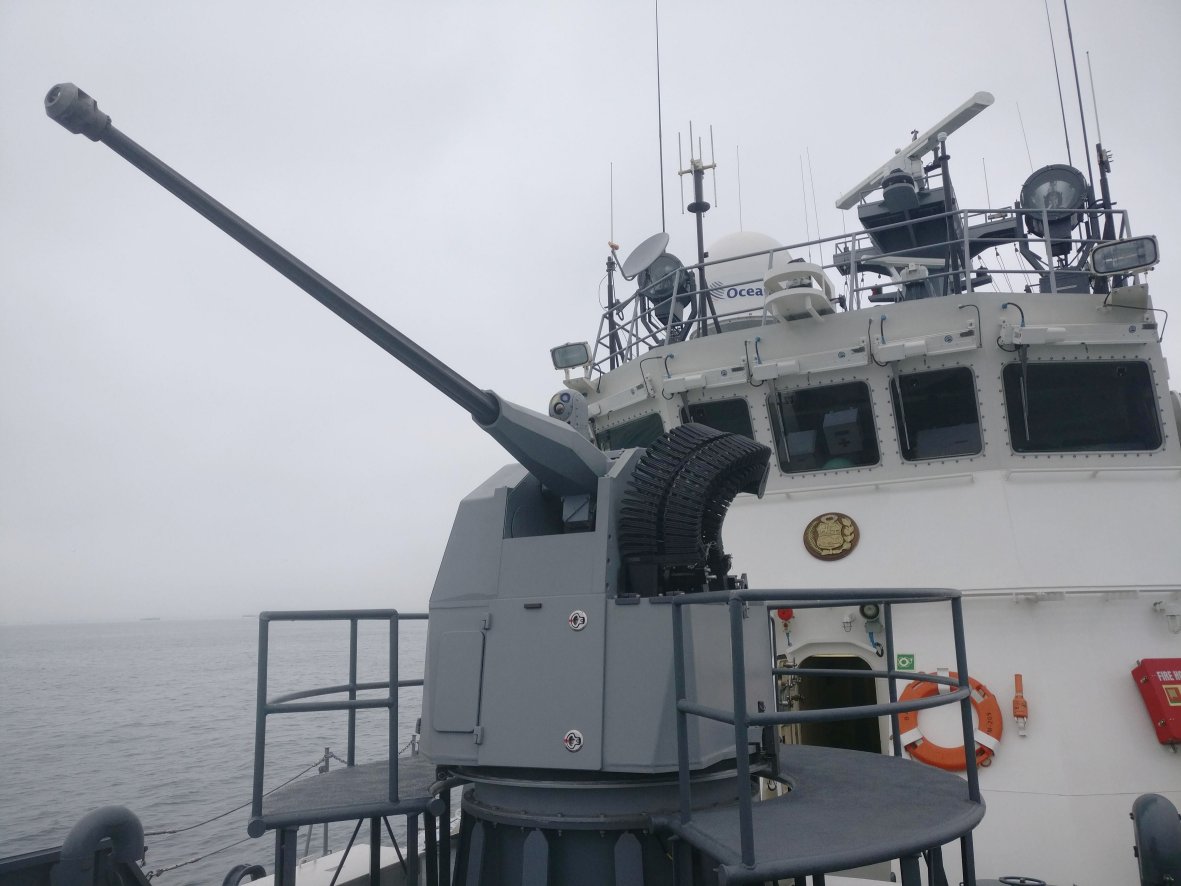 More than 750 Typhoons have been installed on vessels operated by more than 20 navies since 1997, according to Oren L (full name withheld), head of the Naval Remote Weapon Systems business line. “Almost every tier-one navy in the world is our client,” he told Janes.

The Mk-30c, which uses the 30 mm MK44 Bushmaster gun, was developed over the past two years during an upgrade project with one of Rafael’s largest naval clients, he said. It offers new solutions for airborne threats, including UAVs and commercial multicopters that Oren said can be 300 times smaller than the surface-level targets that previous Typhoons are designed to counter.

This is partly a result of an improved stabilisation mechanism to make the weapon more accurate as the vessel it is mounted on rolls with the sea.

The electro-optical system has also been upgraded to include a wider-angle camera to improve the detection, identification, and tracking of targets. An improved laser rangefinder has also been added that emits five pulses per second, as opposed to the previous one pulse per second, for faster measurements of smaller objects, Oren said.