Qatar’s deal with the United Kingdom in 2018 to procure Eurofighter Typhoon multirole fighters and BAE Systems Hawk advanced jet trainers is the largest deal to have been supported through UK export credit, it has been revealed.

The UK’s export credit agency, UK Export Finance (UKEF), said in its recently published 2018–19 annual report that during the year it finalised “the largest single transaction in its history”, which features the provision of a potential GBP5 billion (USD6.4 billion) package to support Qatar’s order of 24 Typhoons, nine Hawks, and associated weapons. 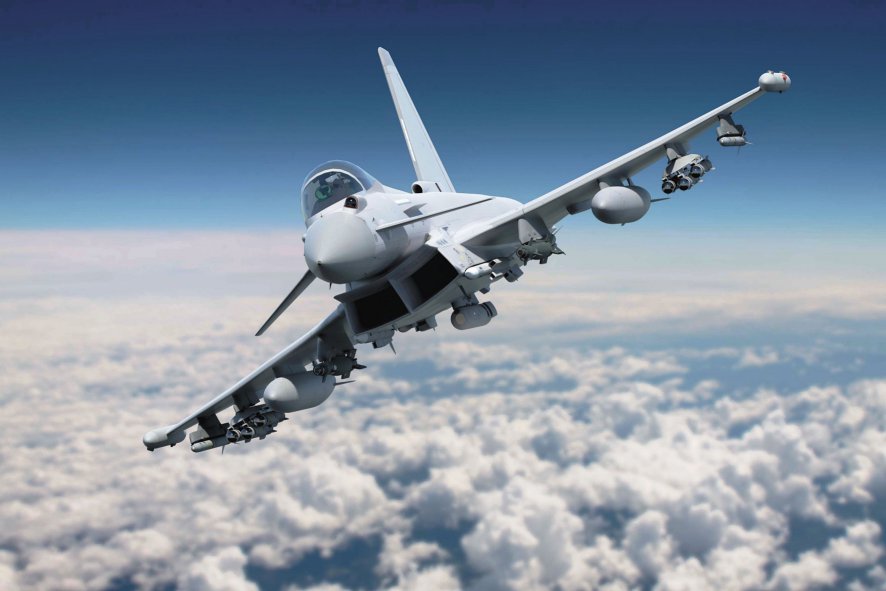 Qatar’s procurement of Eurofighter Typhoons and Hawk trainers from the UK is supported through UK credit worth potentially up to GBP5 billion. (BAE Systems)

The provision of credit to Qatar continues the UKEF’s trend in recent years to engage primarily with the defence materiel requirements of countries from the Middle East and Asia Pacific.

In addition to Qatar, UKEF information shows that beneficiaries of UK credit in recent years have included India, Indonesia, Oman, and South Korea. In addition to Typhoons and Hawks, which have also been exported to Oman through credit, other major UK-made defence systems to have been exported through such finance include air-defence systems, hovercraft, radars, and military vehicles.

According to the UKEF’s 2018–19 annual report, defence sector exports “contributed significantly” to its business during the year. The main defence programme, it said, was in relation to a “package of guarantees and insurance” supporting the sale of Typhoons and Hawks to Qatar.