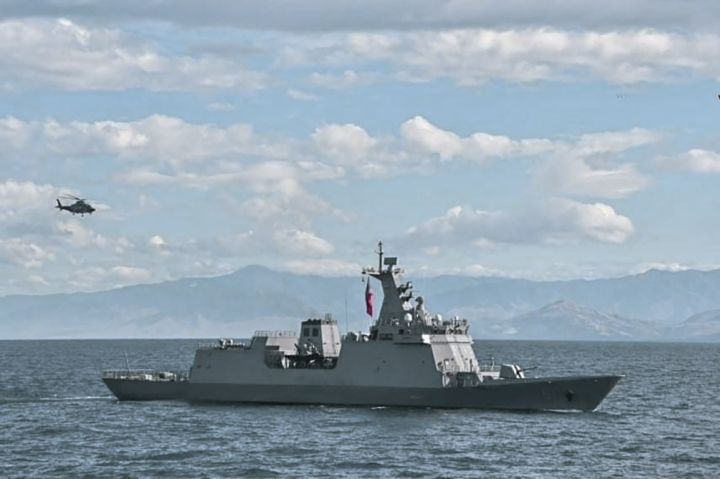 The PN welcomed its second and final José Rizal-class frigate, Antonio Luna, as it arrived in Philippine waters after departing South Korea on 5 February. (Philippine Navy )

Antonio Luna was expected to arrive shortly after at Subic Bay where it will be formally commissioned following mandatory Covid-19-related testing and quarantine of the crew and HHI personnel on board. The exact date of the induction ceremony was not revealed.

The vessel had been handed over to the service a month ahead of the contractual delivery date of 6 March, said the PN, adding that HHI provided “additional equipment and sustainment items, more training activities, and ship-design improvements, which are over and above its contractual obligations”.

PN Rear Admiral Alberto Carlos, who was part of the Philippine team that cleared the frigate for acceptance and delivery following an inspection process held in late January in Ulsan, was quoted as saying that HHI’s “goodwill gesture has an estimated value of USD7.4 million”.

The frigate, which was launched in November 2019, completed sea acceptance trials off Ulsan on 18 December 2020.