PLA looking to expand use of exoskeletons

China’s People’s Liberation Army (PLA) appears to be aiming to expand the use of exoskeleton systems among some of its units to help soldiers carry heavy loads more easily. 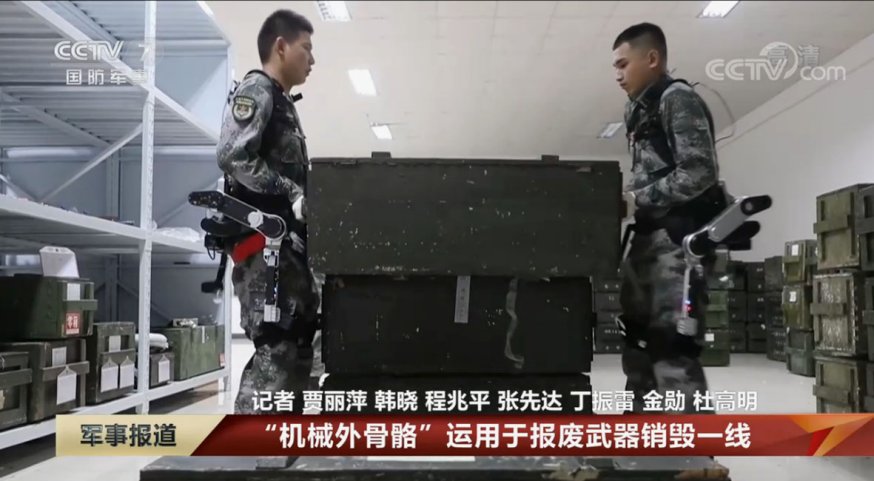 Video footage released on 25 October by the state-owned China Central Television 7 (CCTV 7) channel shows soldiers at the Wuxi Joint Logistic Support Centre using what appeared to be a powered exoskeleton to carry 80 kg crates full of small arms and munition.

CCTV 7 stated in its report that the crates contained “obsolete weapons” that were about to be destroyed, suggesting that the soldiers shown in the footage may belong to an ordnance disposal unit. It also stated this was the first time the new exoskeleton system had been used in this context, suggesting that it is undergoing trials.

In a separate CCTV 7 video released that same day the system was also seen being used by troops carrying wounded soldiers in a stretcher as part of an exercise.

That said, no further details were provided about the system, including its weight, the materials it is made of, and whether it is also being trialled by other PLA units.

China’s People’s Liberation Army (PLA) appears to be aiming to expand the use of exoskeleton systems...