The Philippine government has announced a defence budget increase for 2021, with the aim to boost military modernisation despite economic constraints stemming from Covid-19.

President Rodrigo Duterte said in a budget speech on 29 August that the Department of National Defense (DND) will receive PHP209.1 billion (USD4.3 billion) in 2021, which represents a rise of 11% over the original allocation for 2020.

The funding includes PHP33 billion for military procurement under the Revised Armed Forces of the Philippines Modernization Program (RAFPMP), indicating an additional increase. In recent years this funding programme has received PHP25 billion a year. 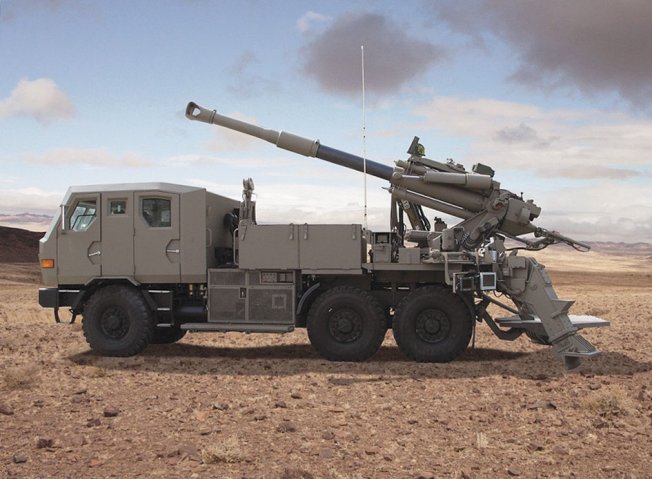 The Philippines has allocated PHP33 billion for defence procurements in 2021. The funding is expected to support the acquisition of equipment including ATMOS 155 mm artillery systems (pictured) produced by Elbit Systems. (Elbit Systems )

According to documents published by the government’s Department of Budget and Management (DBM), the Philippine Army (PA) will receive the bulk of defence funding in 2021 with an allocation of PHP96.8 billion.

The Philippine Navy (PN) and Philippine Air Force (PAF) will receive PHP31.1 billion and PHP29.8 billion respectively. The majority of the remainder – PHP45.4 billion – is allocated to the Armed Forces of the Philippines (AFP) headquarters. This allocation also includes funding for the RAFPMP.

Duterte said in his speech that the 2021 defence allocation is intended to “address threats and combat terrorism”, a reference to the country’s two-pronged security challenge to protect territory in the South China Sea and tackle internal insurgency.

The Philippine government has announced a defence budget increase for 2021, with the aim to boost mi...