The Philippine Navy (PN) commissioned its second and final José Rizal-class guided-missile frigate in a ceremony held on 19 March at Pier 13 in South Harbor, Manila.

The vessel, which was launched in November 2019 and completed sea acceptance trials off Ulsan on 18 December 2020, will now join first-of-class BRP José Rizal (FF 150), which entered service in July 2020. 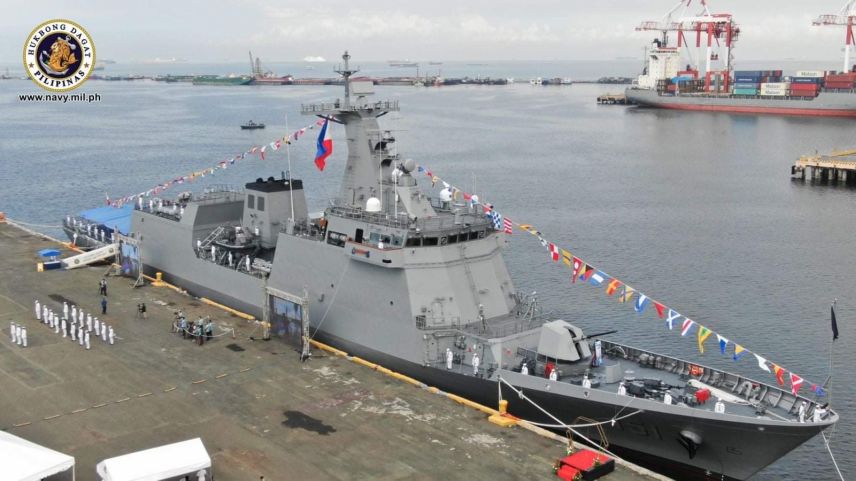 Speaking at the christening and commissioning ceremony, Philippine Secretary of Defense Delfin Lorenzana said the completion of the frigate acquisition project “marks the advent of our future fleet towards having a modernised and multi-capable Philippine Navy – one that is ready to respond to the increasing and emerging threats in our vast archipelagic nation.

PN Rear Admiral Adelius Bordado, who also attended the ceremony, said, “As we christen and commission the FF 151, we expect to raise our capacity to protect our nation’s vast maritime interests. We also expect to improve our approaches in securing our sovereignty and territorial integrity, especially in the South China Sea.”