The South Korean-built warship, which was launched in May 2019, was inducted in a handover, christening, and commissioning ceremony on 10 July at Alava Wharf in Subic Bay. It arrived in Subic Bay on 23 May after departing from Ulsan, South Korea, about five days prior. 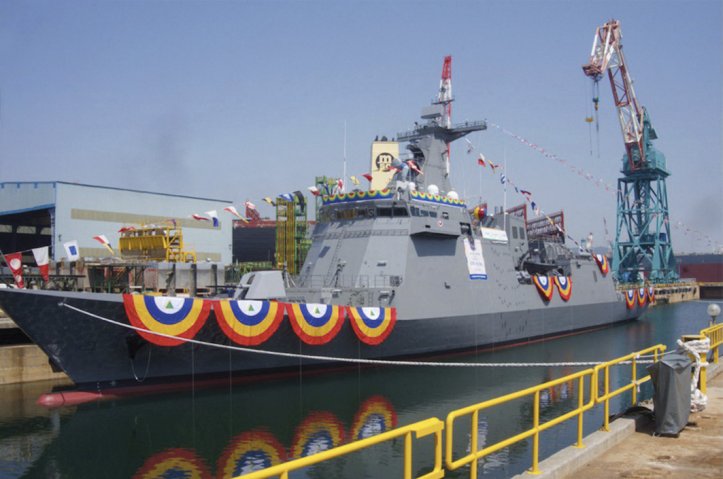 BRP Jose Rizal (150) is the first of two frigates ordered from Hyundai Heavy Industries (HHI) under a USD337 million contract that was signed in 2016. It is based on HHI’s HDF-3000 concept, which is in turn a variant of the Republic of Korea Navy’s (RoKN’s) Incheon (FFX-I) class.

Jose Rizal has been armed with a 76 mm naval gun in the primary position and one 30 mm ‘SMASH’ remote-controlled stabilised gun system from Turkey’s Aselsan in the aft section. It will also be equipped with two SIMBAD-RC launcher turrets, one each on the port and starboard sides.

The frigates have also been designed to accommodate a vertical launching system (VLS) in the forward section. However, a provision for this weapon is currently on a fitted-for-but-not-with (FFBNW) basis.