Plans to pull US troops out of Germany and redistribute them are on ‘freeze’ while the Biden administration reviews why the decision was made and how it will affect the force, according to a top US general.

US Air Force General Tod Wolters, NATO’s Supreme Allied Commander Europe (SACEUR) and the commander for US European Command (USEUCOM), fielded reporters’ questions on 3 February about the state of a Trump administration plan to pull 11,900 US troops out of Germany, and relocate the lion’s share to either Belgium, Italy, or back to the United States.

“The previous planning … has been put on freeze so that our Secretary of Defense [Lloyd Austin] and this administration can conduct a thorough review of everything that has transpired up to the point to where Secretary Austin took charge,” Gen Wolters explained.

“I will just tell you that the new administration has comfortably stated to us that we need to conduct a thorough review, cradle to grave, in all areas and then after [that] … [we] will go back to the drawing board,” the four-star general later added. 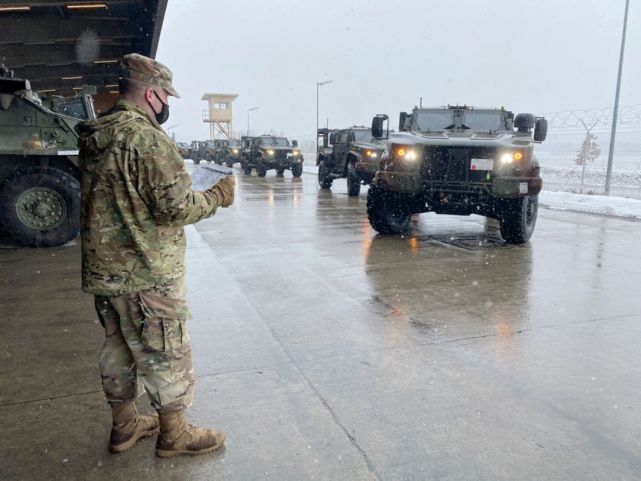 US Army soldiers receive the Joint Light Tactical Vehicle (JLTV) at Rose Barracks, Germany, on 30 January 2021. Pentagon plans to pull troops out of Germany are on hold while the Biden administration reviews why the Trump administration made the decision. (US Army)

Plans to pull US troops out of Germany and redistribute them are on ‘freeze’ while the Biden adminis...