In June 2018 the Pentagon announced that the US Navy (USN) would lead development for a common glide vehicle for use on hypersonic weapon programmes across the services. The common glide vehicle is based on the Alternate Re-Entry System that was originally developed by Sandia National Laboratories and the US Army.

DoD’s previous budget request, in FY 2021, for all hypersonic-related research was USD3.2 billion — up from USD2.6 billion the year before that. 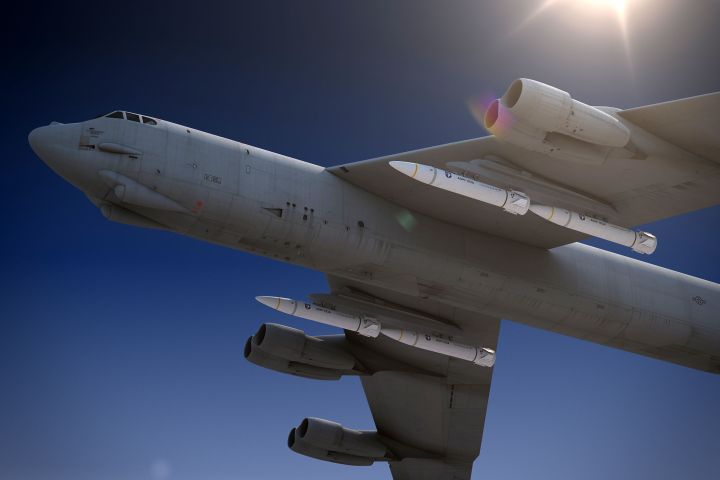 The USAF, in collaboration with Lockheed Martin, is testing the ARRW air-to-surface hypersonic weapon. (US Air Force)

For its part, the USN's Conventional Prompt Strike (CPS) would receive USD1.374 billion, up from USD1.008 billion in FY 2021. “The Navy’s CPS program will design a missile comprised of a Common Hypersonic Glide Body (C-HGB) and a 34.5 inch two-stage booster”, the service said. The USN hopes to achieve an initial operational capability in FY 2028 on a Virginia-class submarine with Virginia Payload Module, but some of the FY 2022 funding would support early efforts to add CPS capability on Zumwalt-class destroyers.

Meanwhile the US Army's Long-Range Hypersonic Weapon (LRHW) is requested to get USD412 million. LRHW is intended to pair the C-HGB with a booster for a range of 1,400 miles. The service requested USD801 million for the project in FY2021 and said it plans to conduct flight tests for LRHW in FY 2022 and “field combat rounds in future years”. The army had previously said it was aiming for LRHW to become a Program of Record in 2024.