Partnership for Peace (PfP) nations, Finland and Sweden, have joined NATO for Baltic Air Policing (BAP) training for the first time, the alliance announced on 20 April. 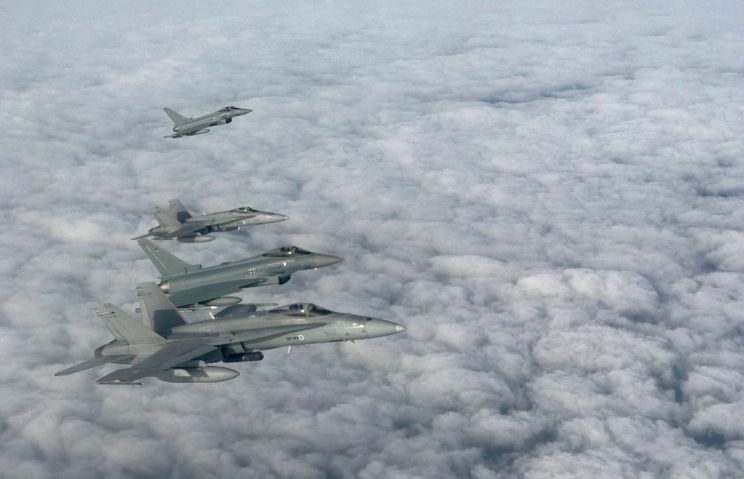 “The exercise will cover two days of training, practicing real-world scenarios faced by personnel deployed in support of BAP. The scenarios covered will be a slow-moving intercept of an [Antonov] An-2 and civilian communication loss with escort. Focus on other areas such as a simulated crew ejection with activation of the search-and-rescue chain, air-to-air combat training and air-to-air refuelling and others will occur in the later iterations,” NATO said, adding, “It is important to consistently drill and practice procedures and co-ordination processes among allies and partners.”

NATO air policing is conducted above all allies in Europe. The BAP mission is one of several such endeavours whereby nations with the capability provide protection for those without it. Another is the recently constituted Southern Air Policing mission based in Bulgaria and Romania, as well as similar missions that cover Albania, Iceland, Slovenia, and the BENELUX nations of Belgium, the Netherlands, and Luxembourg.

Partnership for Peace (PfP) nations, Finland and Sweden, have joined NATO for Baltic Air Policing (B...