New Zealand has announced a strong increase in its defence budget for 2021–22, reflecting the country’s robust economic recovery to the Covid-19 pandemic.

Budgetary documents issued by the New Zealand Treasury on 20 May show that the total military expenditure for 2021–22 will be NZD5.18 billion (USD3.7 billion), a year-on-year increase of nearly 11% over the ‘estimated actual’ defence budget for 2020–21, which was NZD4.68 billion. 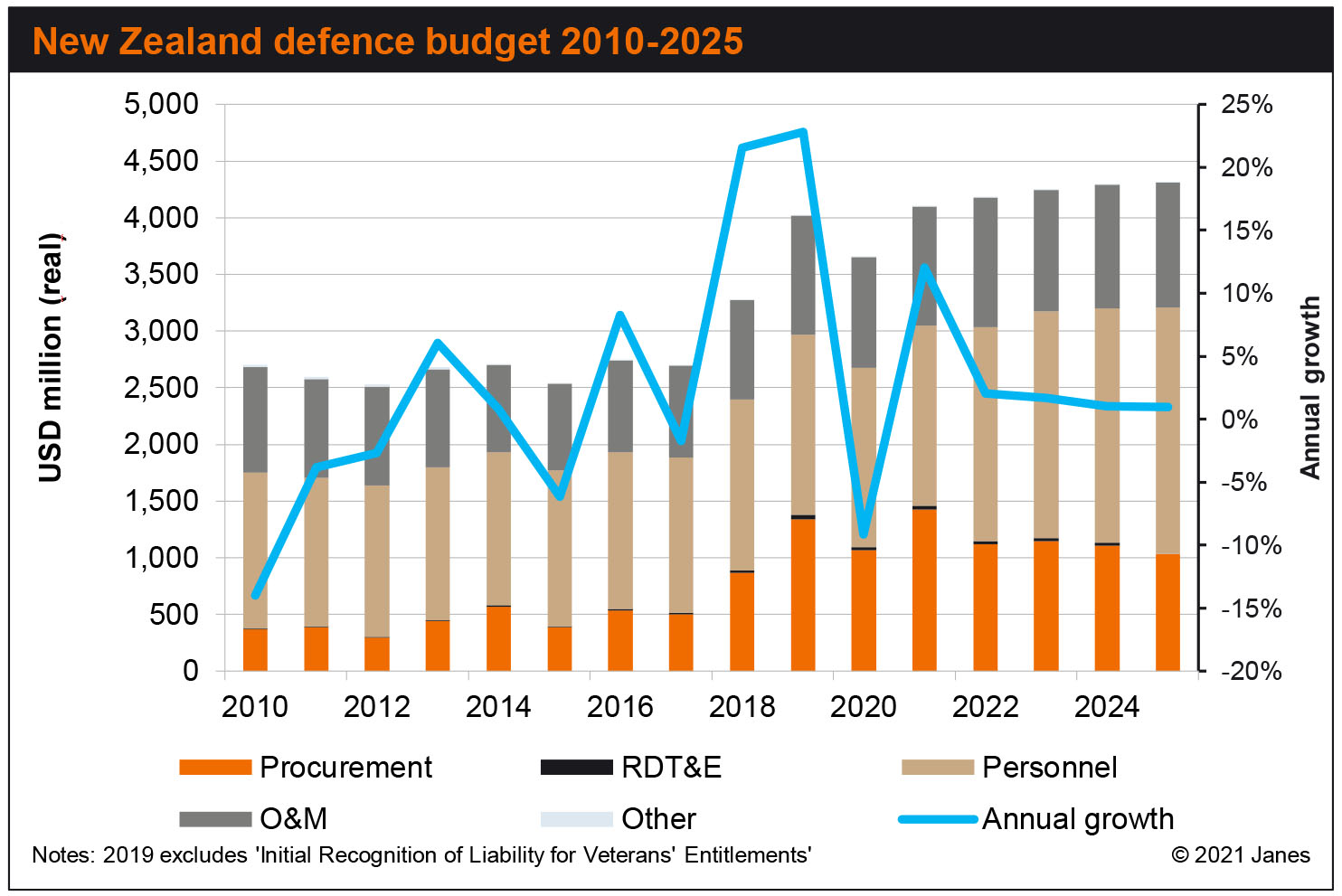 The figure for 2020–21 – announced in May 2020, shortly after New Zealand’s worst Covid-19 outbreak – represented a decline against the previous year of about 7%, with cut funding reappropriated for the country’s Covid-19 recovery fund.

In 2021–22, the Vote Defence Force – covering salaries, training costs, and military preparedness – has been allocated NZD4.28 billion, an increase of 8% against the estimated actual for last year of NZD3.96 billion. The ‘Vote Defence’ expenditure – including funding for procurement and refurbishment of defence equipment – is NZD900.5 million, a rise of 25% over the NZD720.5 million allocation last year.

The Vote Defence Force allocation also includes NZD1.16 billion for capital expenditure. According to the document, this represents an increase of 36% over the NZD856.4 million allocation in 2020–21.

New Zealand has announced a strong increase in its defence budget for 2021–22, reflecting the countr...