To buttress its nascent operational domain of space, NATO is refurbishing four satellite ground stations across its territory and will soon approve a new space situational awareness centre in Germany, according to allied officials. 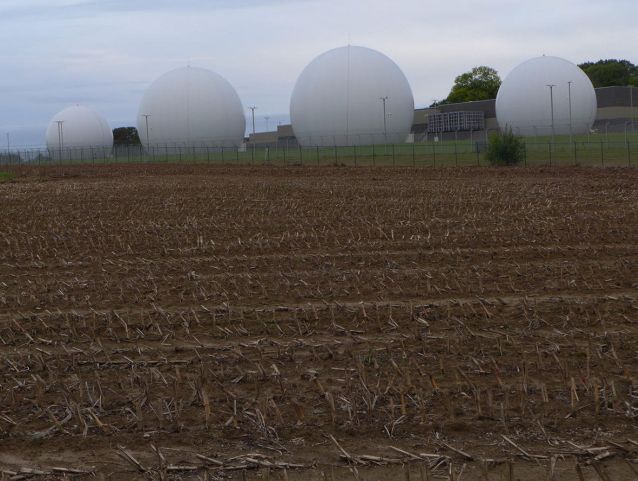 Kester, Belgium, is the location of one of four NATO satellite ground stations being refurbished. (Brooks Tigner)

NATO has a total of seven ground station sites, but the four earmarked sites alone – in Belgium, Greece, Italy, and Turkey – “will double our current transmission capacity once they are in place”, said Kevin Scheid, general manager of the NATO Communications and Information Agency (NCIA). He and other NCIA officials spoke to reporters during a 15 October press trip to visit the newest of the sites in Kester, 20 km west of Brussels.

Completely razed in 2014 and rebuilt with two 60 m diameter and two 11 m diameter radome-covered satellite transmission dishes, Kester received its site acceptance from contractor Selex ES, part of Leonardo, in November 2019. With its fibre-optic link to a nearby transmission tower, the site has direct line-of-sight communications for satellite data traffic to NATO headquarters in Brussels. It and other NATO ground station sites receive their data from four nations – France, Italy, the United Kingdom, and the United States - under a EUR1.5 billion (USD1.75 billion) contract.

Similar to the other sites, Kester itself carries out no analysis or intelligence work, as it only forwards pre-encrypted data streams back and forth between users. Nevertheless, its turnaround response time for users is fast. Inside its air-locked operational centre, where satellite positioning is tracked for transmission purposes, it can reconfigure one of its modems for streaming encrypted data between two endpoints in roughly half an hour.

The launch of the final satellite to complete the constellation for China’s Beidou global navigation...