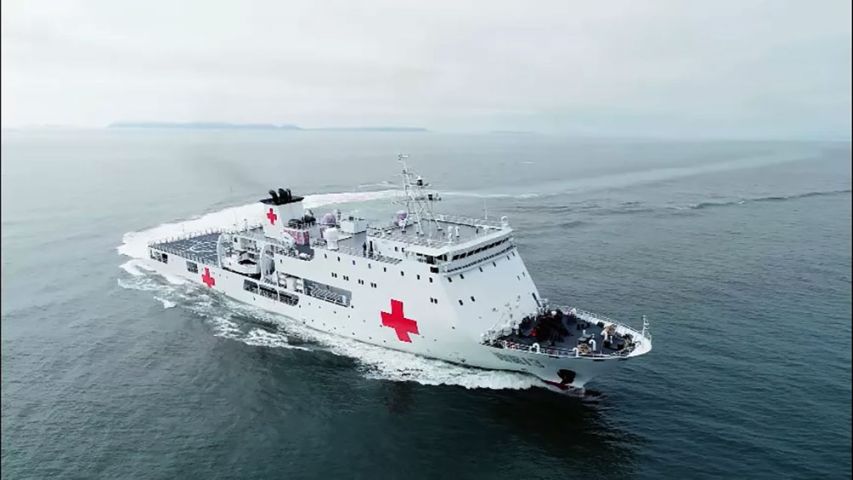 Nanyi 13 , the PLAN’s latest hospital ship, was commissioned on 30 November. It is the second ship of what the ONI has referred to as the Anshen class. (CCTV)

Named Nanyi 13 , it is one of two vessels of a new class built at the Rongcheng Shidao shipyard near Weihai on the Yellow Sea coast. Nanyi 12 was launched in November 2017 and Nanyi 13 in March 2018.

Although no announcement has been made about Nanyi 12 , it seems likely that, if this has not already entered service, it will do so very soon. In October 2019, a US Office of Naval Intelligence (ONI) publication referred to these ships as the Anshen class.

The ships are 109 m long, with a beam of 17 m, and are equipped with a flight deck that is likely to be suitable for operating a Z-8 helicopter. The PLAN operates several of these rotorcraft configured for medical evacuation, although the hospital ship is not expected to normally embark an aircraft as it has no hangar.

According to the CCTV report, the ship has more than 100 beds, three operating theatres, and is equipped with a wide range of diagnostic equipment, including a computerised tomography (CT) scanner. Medical personnel are drawn from the staff of the Southern Theatre Command’s First Naval Hospital in Zhanjiang.

The report stated that the Nanyi 13