The Israel Ministry of Defense (MoD) and Polaris Solutions has unveiled a new combined camouflage sheet that the Israel Defense Forces (IDF) has tested and added to its procurement plan. 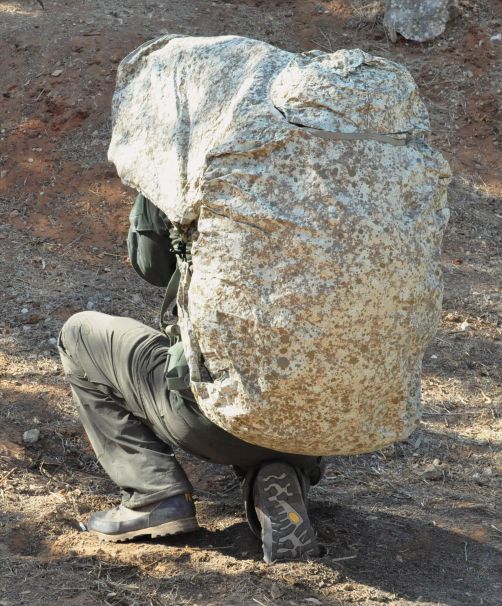 A soldier can wrap the Kit 300 around himself to reduce his thermal signature when on the move. (Israeli Ministry of Defense)

The MoD’s Directorate for Defense Research and Development (DDR&D) described the Kit 300 sheet as a lightweight and compact sheet that “suits multipurpose use in the field and improves operational capability”.

Dr Gal Harari, the head of the DDR&D’s Detectors and Imaging Technology Branch, told Janes that there had been little investment in infantry camouflage in recent years, while at the same time night-vision systems have improved and proliferated. Indeed, their use by the Lebanese group Hizbullah during the 2006 war led to the founding of Polaris Solutions to find a countermeasure.

The Kit 300 is made of thermal visual concealment (TVC) material that combines microfibres, metals, and polymers to make soldiers harder to see with a range of thermal cameras, Hariri said.

The sheet weighs around 500 g and folds up into a small roll. Soldiers can wrap it around themselves when on the move and join their sheets together to build a barrier that resembles rock when they set up a position. “Someone staring at them with binoculars from afar will not see soldiers,” said Harari.

It can also be used as a stretcher: a far lighter solution than the current set-up where a squad member has to carry a dedicated stretcher weighing several kilograms.

The Israel Ministry of Defense (MoD) and Polaris Solutions has unveiled a new combined camouflage sh...

The Philippine Army (PA) has confirmed the procurement of more military equipment from Israel's Elbi...