Next article
Pakistan outlines plans to revive defence industrial base

The Bundeswehr's newly formed Panzerbataillon (Armour Battalion) 363 has received the first four of its future 44 Leopard 2A6 main battle tanks (MBTs), the German Army announced on its website on 7 September. The tanks were accompanied by a Büffel (Buffalo) armoured recovery vehicle. 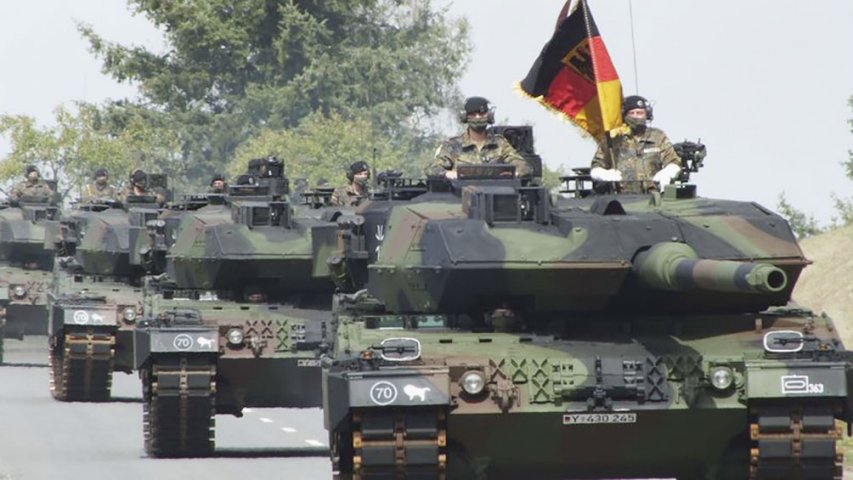 The first MBTs that arrived at the battalion's base in Hardheim, Baden-Württemberg, on 3 September will be used for training, with the first live firing exercise planned at the Bergen training area in the spring, according to the unit's commander, Lieutenant Colonel Pascal Pane, who led the first four tanks. Panzerbataillon 363 was stood up in April, following the announcement that it would be created last November.

The Bundewehr returned to Hardheim in 2018 with a Kommando Spezialkräfte (KSK) special forces staff and command support company.

Hardheim is the first Bundeswehr base to be reactivated. It was closed in October 2011 after the last Gepard (Cheetah) tracked self-propelled anti-aircraft gun of Panzerflakbataillon (Armoured Anti-Aircraft Battalion) 12 left that year.

The battalion will be assigned to Panzergrenadierbrigade (Armoured Infantry Brigade) 37, one of four brigades of the 10th Panzerdivision. It will be the brigade’s second panzer battalion.

The Bundeswehr's newly formed Panzerbataillon (Armour Battalion) 363 has received the first four of ...

The Australian Army has begun training on the new Rheinmetall Defence Boxer 8×8 armoured vehicles be...