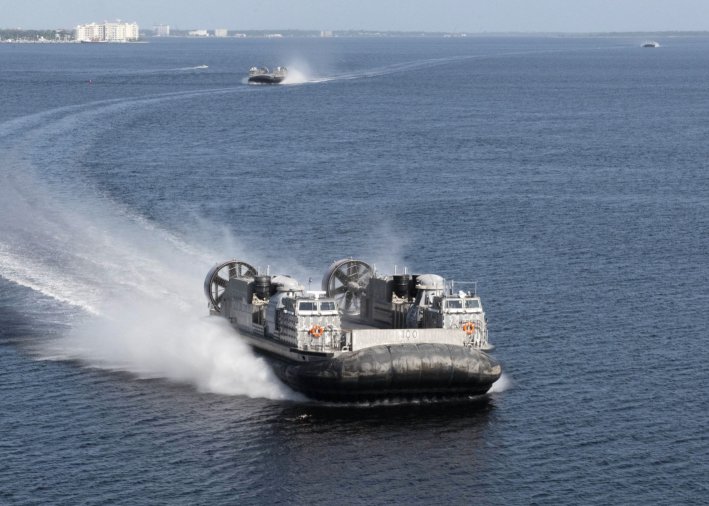 Intended to replace the USN’s current LCAC connectors, the new LCAC 100 class is designed to transport personnel, weapons, vehicles, and stores from amphibious vessels to shore at high speed. The SSC programme of record is for one test and training asset and 72 operational craft.

Textron Systems was in July 2012 awarded a USD212.7 million fixed-priced incentive-fee contract for the detail design and construction of the SSC test and training craft (LCAC 100). The company subsequently received follow-on orders for LCAC 101–108, and in April this year received a contract for LCAC 109–123.

However, the SSC programme has encountered developmental difficulties. The construction of LCAC 100 ran late, and builders trials in September 2019 revealed a series of deficiencies requiring remediation. In a report released in June, the US Government Accountability Office (GAO) said that gearbox problems and other technical issues had delayed initial operational capability (IOC) and created “uncertainty in the production schedule”. The navy’s fiscal year (FY) 2021 budget request suggests that IOC will now not occur until the second quarter of FY 2022.