New footage has emerged showing a Khorramshahr, Iran’s most powerful ballistic missile, being tested with the small re-entry vehicle (RV) that extends its range and possibly its accuracy. 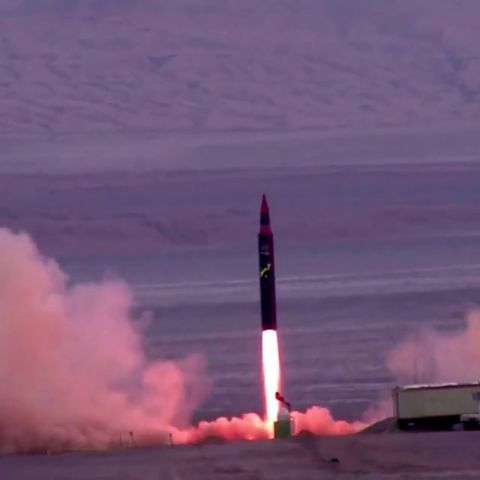 A still from the latest test footage shows the launch of a Khorramshahr missile fitted with a small RV. (Fars News Agency)

The Fars News Agency released the footage on 16 August and reported that it showed the missile’s RV hitting a 40 m2 target area.

The launch appeared to take place at a different location from the Khorramshahr test seen in footage that appears to have been first shown at the Eghtedar-40 exhibition held in Tehran in February 2019. The missile was painted in the same colours in the two videos, which were filmed from different angles, but the background terrain was not the same.

France, Germany, and the UK submitted a joint letter to the Security Council in March 2019 saying a Khorramshahr with a small RV had been publicly displayed in Tehran the previous month.