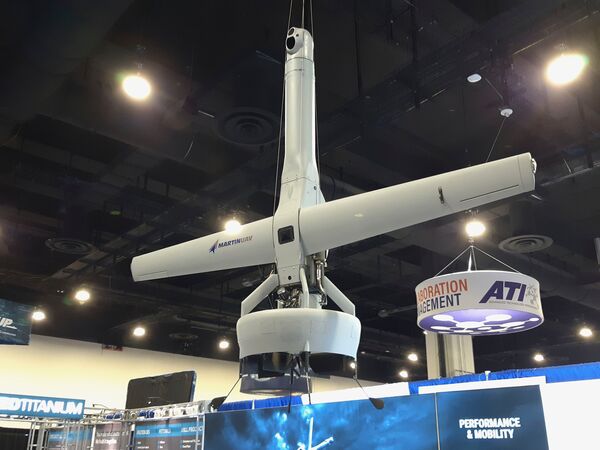 The MCWL is working with Martin UAV to develop options for a heavy fuel engine and a hybrid-electric heavy fuel propulsion system for the V-Bat. USMC spokesman William Hughes said on 16 August that this work is being performed through a contract vehicle with the US Naval Air Warfare Center Aircraft Division (NAWCAD), which supports the development work as a research and development (R&D) programme.

On 10 August Hughes said that the current V-Bat systems on contract with the MCWL are to conduct extended user evaluations with Marine Expeditionary Units (MEUs) to determine the efficacy and efficiency of UAVs that do not require launch and recovery equipment. This work will facilitate development of new concepts of operations and employment.

Additionally, current V-Bat systems use gasoline-powered engines that do not meet US Navy (USN) ship-board policy requirements. Hughes said since storage and refuelling using gasoline on maritime vessels presents a significant risk, a heavy fuel option is critical to any shipboard-based system. The hybrid-electric heavy fuel engine is necessary, he said, to not only comply with maritime policy and standards, but also to increase the power, range, and endurance of the current gasoline engine-based V-Bat systems.

The US Marine Corps (USMC) Warfighting Laboratory (MCWL) is working with Martin UAV to develop a pai...