The US Navy (USN) has awarded three companies study contracts in support of its T-ARC(X) cable ship replacement programme. 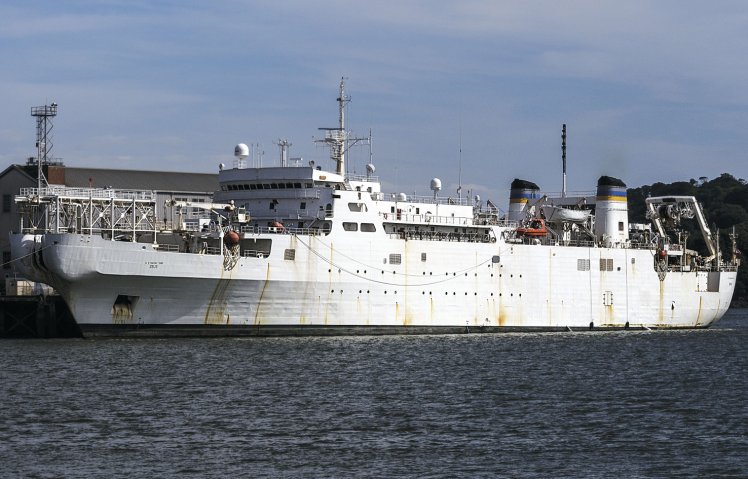 Commissioned into service in 1984, USNS Ze us is the only active cable laying/repair ship in the US Navy. (Cem Devrim Yaylali)

BMT Designers & Planners, General Dynamics NASSCO, and Philly Shipyard, Inc. have been awarded contracts by the Naval Sea Systems Command (NAVSEA) for study packages lasting 12 months. While the individual contract values have not been disclosed, the aggregate of the three awards, including options, amounts to USD12.7 million.

The T-ARC(X) programme, which is managed by NAVSEA’s Support Ships, Boats, and Craft Program Office (PMS 325), is intended to procure a modern replacement for the 37-year old USNS Zeus (T-ARC 7). The ship’s mission is to transport, install, retrieve, and repair undersea cables and equipment, with a secondary mission of conducting acoustic, hydrographic, and bathymetric surveys.

According to NAVSEA, the new T-ARC(X) design will be outfitted with modern cable-handling equipment, including plows and remotely operated vehicles, and will be equipped with a variety of hull-mounted sonar systems to support both its primary and secondary missions. T-ARC(X) will also incorporate a moon pool for the deployment and recovery of unmanned underwater vehicles and another unspecified ‘package’ in conditions up to Sea State 3.

The USN is currently planning the acquisition of a single ship, classed to ABS Marine Vessel Rules, for operation by the Military Sealift Command (MSC) in a variety of operational environments. Consideration is being given to one additional vessel.

The US Navy (USN) has awarded three companies study contracts in support of its T-ARC(X) cable ship ...