NATO plans to grow its recently established Space Centre, with the alliance telling Janes that further allies and personnel will be added throughout this year. 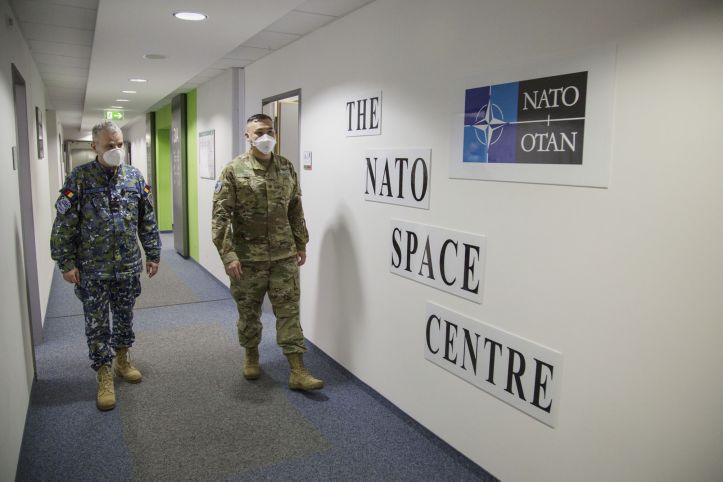 With the Space Centre at Ramstein Airbase currently utilising experts from Germany, the UK, and the US, NATO plans to expand the alliance participating in the capability throughout 2021. (NATO)

Speaking in early January, a NATO spokesperson said that the coming year will see additional members and personnel added to the Space Centre capability that was founded in October 2020. Currently, experts from Germany, the United Kingdom, and the United States are assigned to the centre that is housed within Allied Air Command (AIRCOM) at Ramstein Airbase in Germany.

“Within 2021 we anticipate we will receive additional personnel from several other allies. We expect the centre to continue to grow over time, ensuring the required capacity across NATO. Requests for space support are not limited to allies with space capabilities. Rather, all nations can provide data, products, and services, which can be merged into a single NATO product. This common space domain picture can then be shared across the alliance,” the spokesperson told Janes.

In 2019 NATO declared space to be an operational domain alongside air, land, sea, and cyber. This allowed the alliance to improve efficiencies and synchronise efforts across multiple domains, as well as within the space domain. Intelligence, surveillance, and reconnaissance (ISR); navigation and timing; weather; ballistic missile defence; and communication are among the core competencies of what NATO calls ‘Space Domain Awareness’. The alliance provides its commanders with Space Domain Awareness by drawing on data, products, and services made available through the co-ordination with NATO member states. “This is a tried and tested process that works,” the spokesperson told Janes.

NATO plans to grow its recently established Space Centre, with the alliance telling Janes that furth...