The MoD said in a statement that the move is part of an agreement signed in Naypyidaw between Tatmadaw Commander in Chief Senior General Min Aung Hlaing and Russian Defence Minister Sergei Shoigu. 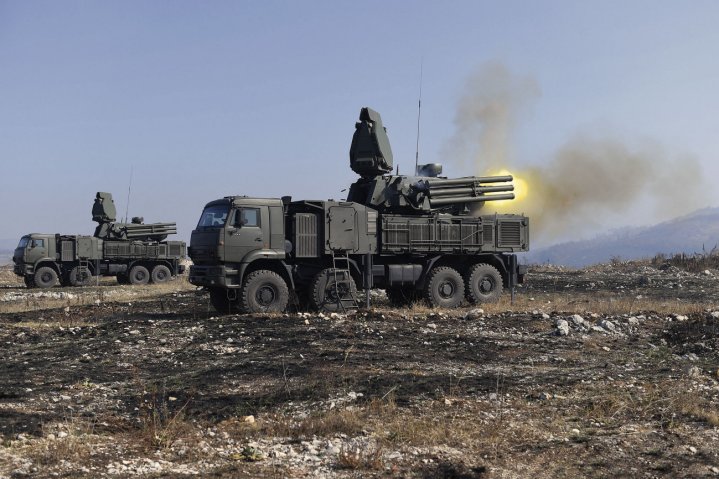 The Russian MoD announced on 22 January that it signed an agreement with Myanmar for the supply of an undisclosed number of radar stations, Pantsir-S1 SHORAD systems (similar to these ones in Serbian service), and Orlan-10E UASs to the Tatmadaw. (Serbian MoD)

The MoD provided no further details about the deal, including the value of the contracts, the delivery schedules, or the type of radar stations ordered, but pointed to the growing military-technical co-operation between Moscow and Naypyidaw since 2001.

The Pantsir-S1 SHORAD system was developed by Russia’s KBP Instrument Design Bureau as a replacement for the older Tunguska family of anti-aircraft systems. The system’s TELAR (transporter, erector, launcher, and radar) consists of a combat module that is typically mounted on a KamAZ 8×8 wheeled chassis, although the base platform depends on customer requirement.

The TELAR is armed with two sets of 2A38M twin 30 mm automatic cannons, and eight ready-to-launch 57Ye6-E missiles. Each of the cannons is provided with 700 rounds of 30×165 mm ammunition and has a rate of fire of 1,950–2,500 rds/min. The missiles can engage targets at ranges from 1.2 km to 20 km and at altitudes from 15 m to 15 km. They are radio-command guided and fitted with a 20 kg high-explosive/fragmentation warhead with impact and proximity fuzing.

The Russian Ministry of Defence (MoD) announced on 22 January that it will supply an undisclosed num...