Major General Ross Coffman, the director of the Next-Generation Combat Vehicle Cross-Functional Team, spoke with Janes on 15 June to provide an update on RCV shakedown testing ahead of a soldier experiment in mid-2022.

The RCV-Ls have now received government-development autonomy software, a new radio, and can be paired up with modified Bradleys that are called Mission Enabler Technologies –Demonstrators (MET-Ds) for manned-unmanned teaming work. The service has now begun shakedown testing at Camp Grayling, Michigan. This includes using the MET-D controlling the RCV-Ls and remotely firing its machine gun, grenade launcher, and even launching a Javelin.

“We're trying to determine what the optimal distance between the controller and the robot is,” Maj Gen Coffman said. “We're putting a lot of miles on them … trying to see if anything's going to break [to] allow our industry partners to go back and fix it and make it better.” 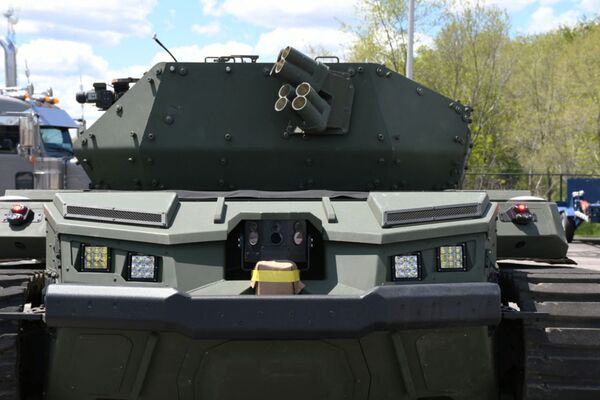 The US Army has begun live-fire testing with its fleet of robotic combat vehicle-light (RCV-L) proto...