US Army leaders are continuing to defend their fiscal year (FY) 2022 budget request to include proposed cuts to two ground vehicle programmes: the M1 Abrams tank and the Joint Light Tactical Vehicle (JLTV).

When the service's proposed budget was delivered to lawmakers in late May, it included USD981 million for the Abrams tank upgrade programme to cover 70 vehicles next year. This is a decrease from the enacted FY 2021 level for USD1.3 billion total: USD968 million for 102 platforms, plus an additional USD352 million for a separate M1 Abrams modification programme. The latter line item was scrapped in the FY 2022 budget request and funds ‘realigned' into one pot.

“Given the rapid modernisation of Russia and China‘s armoured forces, I have some concerns that the army‘s budget drops significantly below what‘s necessary to modernise the full brigade of Abrams tanks,” Senator Jerry Moran said during a 22 June Senate Appropriations Committee hearing. 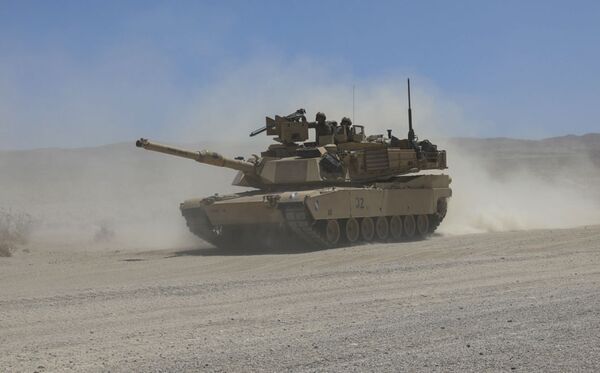 An M1A2 Abrams tank assigned to the 155th Armored Brigade Combat Team with the Mississippi Army National Guard manoeuvres through ‘the box' on 8 June at the National Training Center at Fort Irwin, California. The US Army has requested less funding for Abrams upgrades next year and that will affect the National Guard. (US Army)

US Army leaders are continuing to defend their fiscal year (FY) 2022 budget request to include propo...