L3Harris Technologies has unveiled its candidate for the US Army’s Next Generation Squad Weapon Fire Control (NGSW-FC) system, which is running in parallel with the service’s quest to replace its M16 and M4 assault rifles.

L3Harris’s NGSW-FC system is designed to be interchangeable with Trijicon’s legacy Advanced Combat Optical Gunsight (ACOG) and Rifle Combat Optic (RCO) on board the army’s NGSW-Rifle programme, which is in the midst of considering weapon designs from Textron Systems, Sig Sauer, and General Dynamics Ordnance and Tactical Systems. L3Harris’s NGSW-FC solution is competing against Vortex Optics. 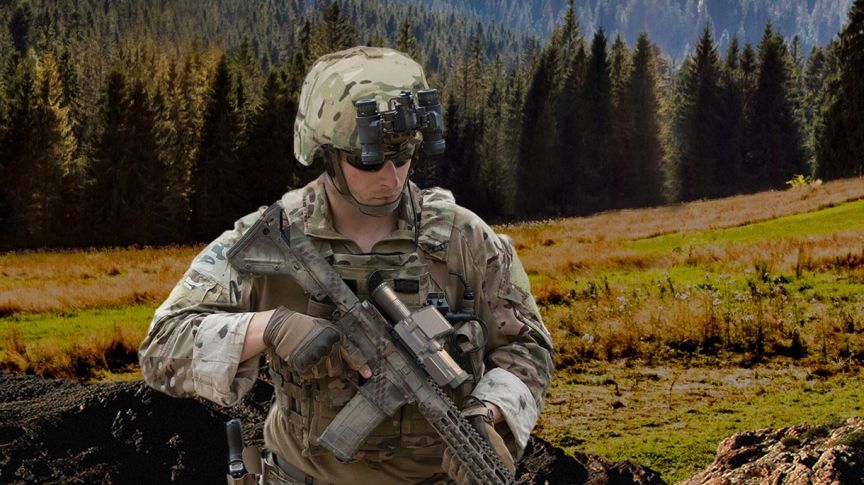 L3Harris’s candidate for the US Army’s NGSW-FC system is shown mounted to a rifle. (L3Harris)

According to the US Army’s solicitation, the NGSW-FC’s objective is to provide a “ruggedised fire control that increases accuracy and lethality for the dismounted warfighter on the battlefield” via variable magnification, a ballistic calculator, an atmospheric sensor suite, and a laser rangefinder.

“Combining these features with an in-scope digital display produces an adjusted aim-point for the soldier within the field of view. The system will provide the weapon system [with] an accurate range to target along with an adjusted aim point for the selected weapon/ammunition combination,” the document stated.

L3Harris’s NGSW-FC was designed to provide soldiers with an “integrated approach” to increase accuracy and decrease the time required to engage a threat, the company said.

The system features a magnified direct-view optic with a digital reticle, a laser rangefinder, a ballistic computer, and environmental sensors capable of measuring air pressure and temperature. The system was designed in collaboration with US optics manufacturer Leupold & Stevens.

L3Harris Technologies has unveiled its candidate for the US Army’s Next Generation Squad Weapon Fire...