L3Harris has set its sights on the intelligence, reconnaissance, and surveillance (ISR) market for unmanned maritime systems, identifying opportunities to combine the legacy unmanned surface vehicle (USV) technologies of ASV Global with the communications and sensor specialisms of the wider company since the latter was acquired in September 2018.

These changes have brought a range of technological opportunities for the former ASV Global business, including the platforms it had originally developed before the acquisition, said James Cowles, business development manager at L3Harris. 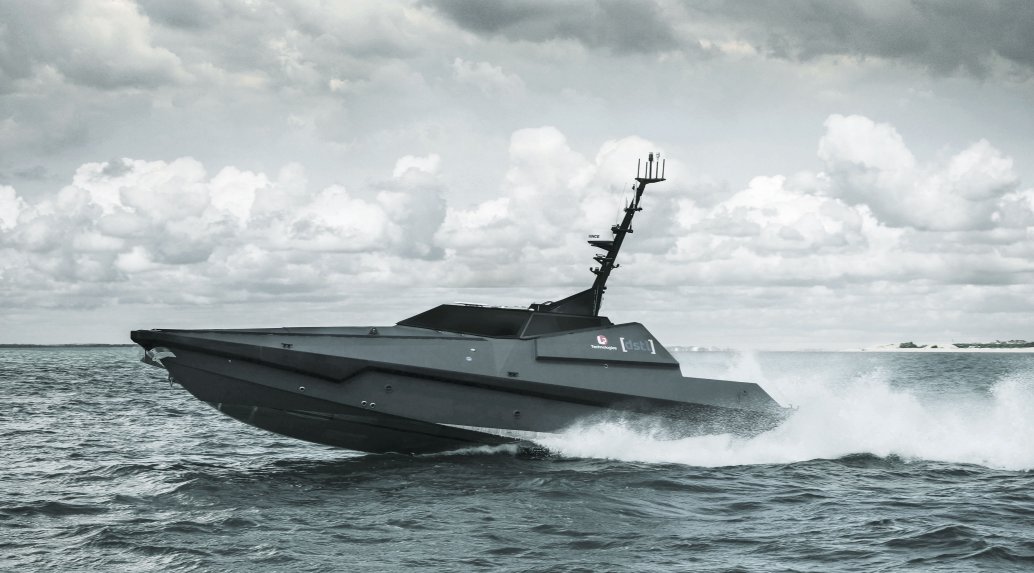 L3Harris has worked with the UK’s Defence Science and Technology Laboratory on the MAST 13 testbed. (L3Harris ASV)

Cowles told Janes that L3Harris’ ASV technology is suited to three major applications: mine countermeasures (MCM), where it has for example worked on the Anglo-French Maritime Mine Counter Measures (MMCM) programme with Thales; anti-submarine warfare (ASW), through such vehicles as its C-Worker USV; and ISR.

He added that the integration of L3Harris and ASV’s technologies is still at an early stage, although this effort is expected have a significant effect on its systems, particularly in ISR. L3Harris has several communication arms focused on high-bandwidth line-of-sight communications and satellite communications (satcom), he noted.

“While we did have some excellent radios in the past, I think that some of the radios that we can now access for our military customers will really enhance our capability to move data in a safe and efficient way,” he said.

Additionally, he said L3Harris is exploring internal collaboration, utilising the technologies of L3Harris Wescam in terms of integrating electro-optic/infrared (EO/IR) sensors into the ASV platforms. Beyond this, the company is potentially looking to work with TRL – an L3Harris-owned cyber security and electronic warfare specialist – on areas like cryptography.

L3Harris has set its sights on the intelligence, reconnaissance, and surveillance (ISR) market for u...

BAE Systems aims to leverage its own sensing technologies to capitalise on the recent acquisition of...

BAE Systems has been contracted to deliver an autonomous version of its Pacific 24 sea boat to suppo...
Thank you for your inquiry, a Janes representative will be in contact with you shortly.