The contract, which was announced by KAI on 30 July, formalises the company's participation in the RoKAF's ‘E-737 AEW&C Performance Improvement Project', which is led by Boeing and includes upgrades to both the identification friend-or-foe (IFF) and Link 16 tactical datalink systems on the aircraft. 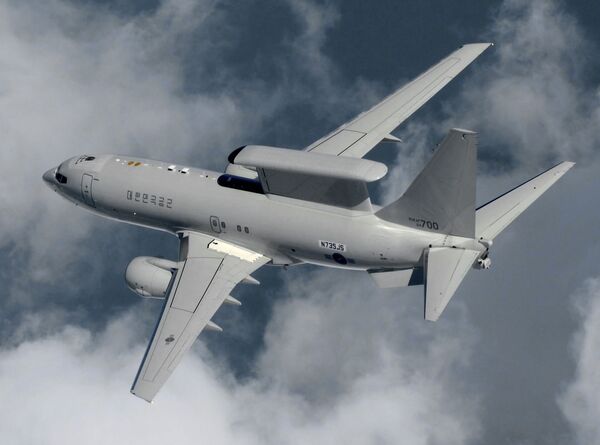 KAI announced on 30 July that it had secured a KRW18 billion contract to support Boeing in upgrading the RoKAF's four E-737 AEW&C aircraft. (KAI)

Through this initial contract KAI is expected to win future orders for this project and participate in activities such as aircraft modification, function check, and flight test support, according to a 30 July report by South Korea's Yonhap News Agency.

KAI pointed out that its partnership with Boeing builds upon the experience matured during the ‘Peace Eye' acquisition programme in 2006 when KAI oversaw the assembly and installation of the Northrop Grumman multifunction electronic phased-array (MESA) radar and electronic equipment onto the E-737s ahead of final handover of the aircraft to the RoKAF.

As reported by Janes , the E-737 performance improvement project was approved on 29 October 2020 by South Korea's Defense Project Promotion Committee. At the time, the country's Defense Acquisition Program Administration (DAPA) said that KRW490 billion had been earmarked for the project, which is set to be completed by June 2025.

The project is mainly aimed at enhancing interoperability during combined operations between South Korean and US forces.