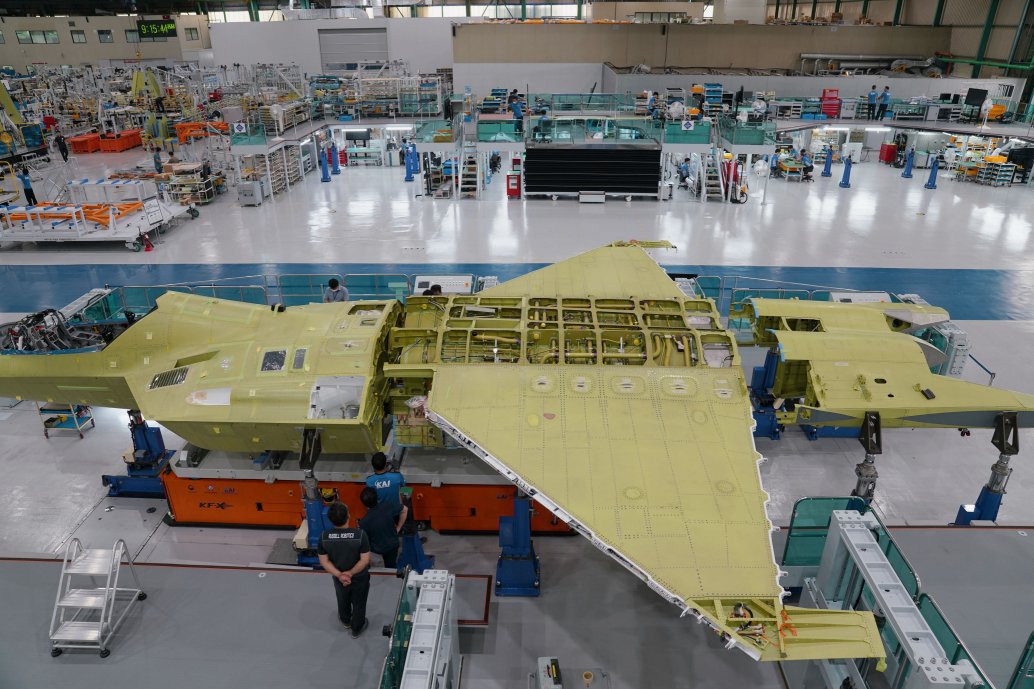 KAI has begun final assembly of the first KF-X prototype, which is expected to be rolled out in the first half 2021. (DAPA)

DAPA said in a statement that the company has begun joining the aircraft’s fuselage sections and wings at its facility in Sacheon, South Gyeongsang Province, and confirmed that, despite the ongoing Covid-19 coronavirus pandemic, the prototype is expected to be rolled out in the first half of next year as planned.

KAI had previously stated that the twin-engined aircraft, development of which began in 2015 for the Republic of Korea Air Force (RoKAF), would be unveiled to the public in April 2021. Janes understands that the prototype is expected to conduct its first flight in 2022.

The aircraft, which is expected to be produced in both single- and tandem-seat variants, will feature three hardpoints under each wing for weapons and/or external fuel tanks and will also be capable of carrying four missiles under the fuselage, according to KAI.

Korea Aerospace Industries (KAI) has begun final assembly of the first prototype of the Korean Fight...