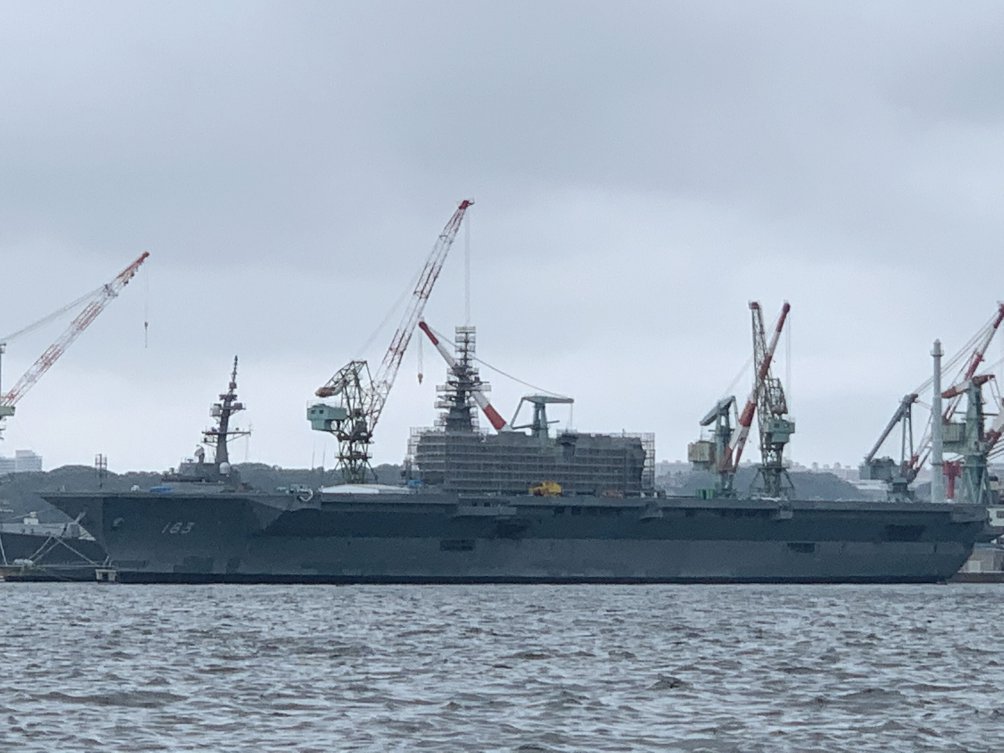 JMSDF helicopter carrier JS Izumo is seen here on 30 June undergoing a refit at the JMU Corporation’s Isogo shipyard in Yokohama City. The JMSDF has begun the process of converting Izumo into an aircraft carrier capable of supporting F-35B operations. (Kosuke Takahashi)

Janes understands that the modifications will be made in two main stages meant to coincide with the vessel’s periodic refit and overhaul programmes, which take place every five years.

While initial modifications are taking place during the refit and overhaul planned for this fiscal year, the final changes are only expected to be made during the vessel’s next overhaul in FY 2025, after which a series of tests and sea trials are expected to follow.

The 248 m-long, 24,000-tonne Izumo class has been built with weight considerations for the F-35B in various parts, including the stowage, elevators, and flight deck. However, further modifications are needed such as reinforcing the flight deck to support additional weight, placing additional guidance lights, and fitting the ship with heat-resistant deck spots for vertical landings, among other things.

It is still unclear, however, whether a ski-jump will be added.

Tokyo has begun the process of converting the first of two Japan Maritime Self-Defense Force (JMSDF)...