The JAIC’s joint warfighting directorate has partnered closely with the Air Force Research Laboratory and defence industry giant General Atomics, maker of the MQ-9, in the development of the Agile Condor sensor pod, said Nand Mulchandani, the centre’s director.

“To get a lot of the Full Motion Video (FMV) work done in terms of object detection and other things ... we're partnered with them both on the algorithmic side but also on the deployment and testing side with these systems,” he told reporters during a 10 September briefing at the Pentagon. That partnership was on display during a full integration demonstration and live test flight of an Agile Condor pod prototype aboard an MQ-9 at General Atomics’ flight test centre in North Dakota.

Initially developed in 2016 by AFRL, the Agile Condor pod is composed of a series of 30-square-inch compartments ranging in length from 28 to 60 inches, which can be configured to support a wide array of enabling technologies for ISR operations. Ranging from commercial off-the-shelf (COTS) single-board computers and graphics processing units to field-programmable gate arrays and solid-state storage devices, the pod’s reconfigurability made it an ideal option to support airborne ISR missions. 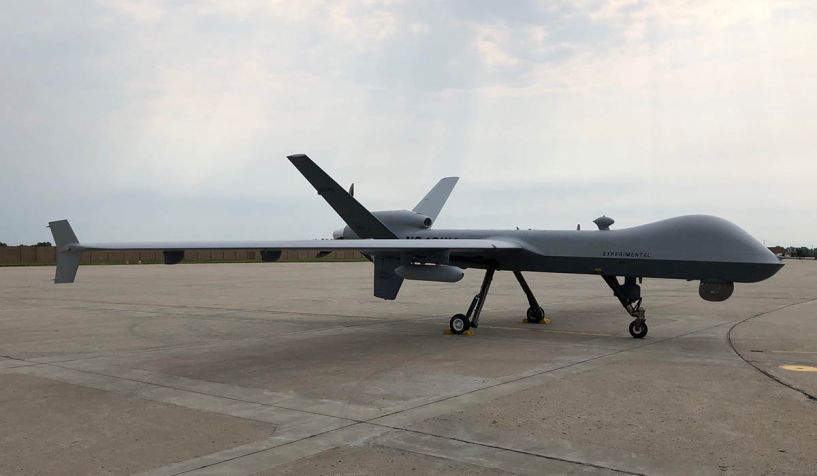