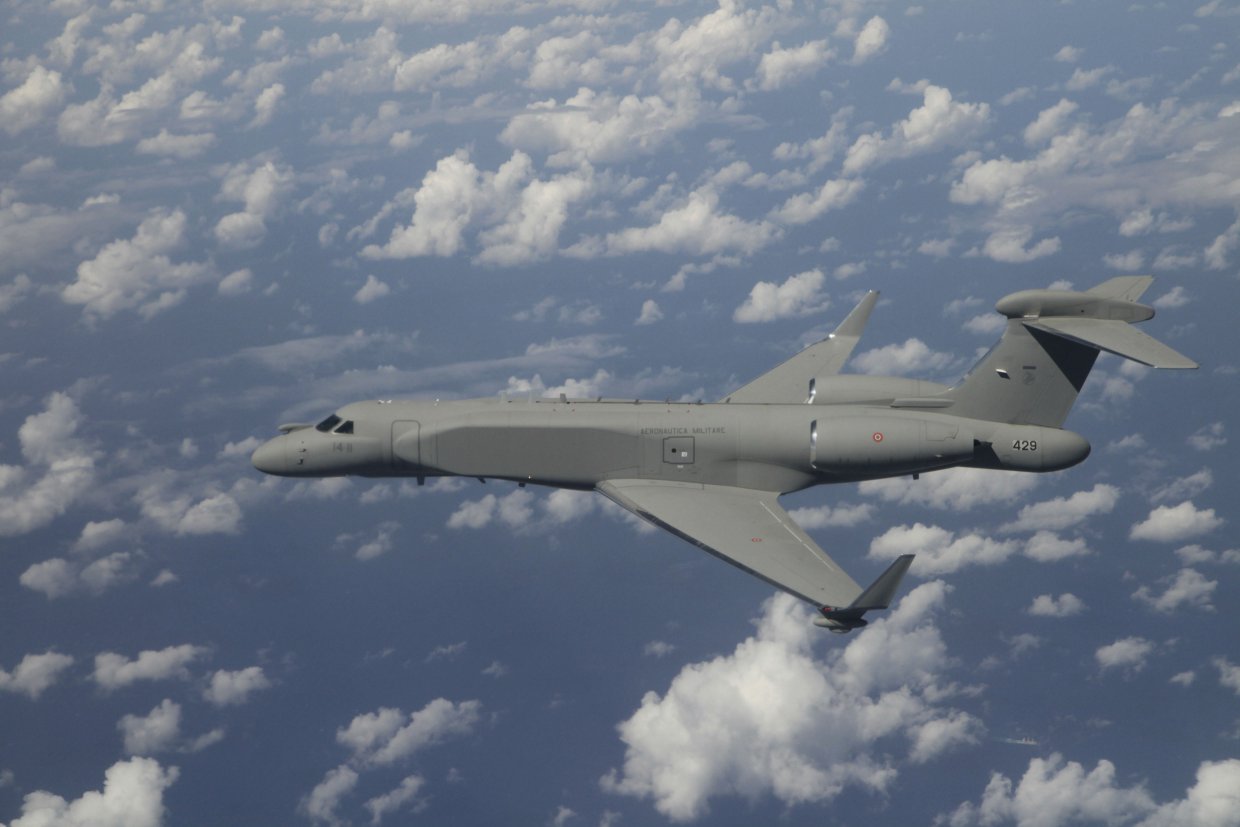 The Italian Air Force already fields the G550 CAEW, which it acquired from IAI in Israel. The service has now revealed plans to develop and field a C4ISTAR platform that is also based on the G550 airframe. (IAI)

The DPP released on 23 October disclosed that the C4ISTAR aircraft will be developed over a series of tranches from 2021 through to 2032.

“The programme relates to a multimission system, based on Gulfstream G550 aerial platform equipped with modern sensors for strategic information collection and electronic superiority, suitable for integration into a net-centric architecture of C4ISTAR for real-time sharing of information, able to operate both in an autonomous context [and as part] of a complex inter-force structure,” the DPP noted.

In terms of the programme structure, the new C4ISTAR platform is to be allocated a total of EUR1.223 billion (USD1.45 billion) in funding out to 2032, to include operational support and related infrastructure. Further funding will be allocated after this date for upgrades to keep the aircraft current with the latest technologies.

According to the DPP, international co-operation agreements for the platform’s development are already in place and in progress, though no further details were disclosed. A ministerial decree pertaining to the programme is currently being approved ahead of its publication.

Italy is to acquire a Gulfstream G550-based special mission aircraft under plans revealed in the cou...