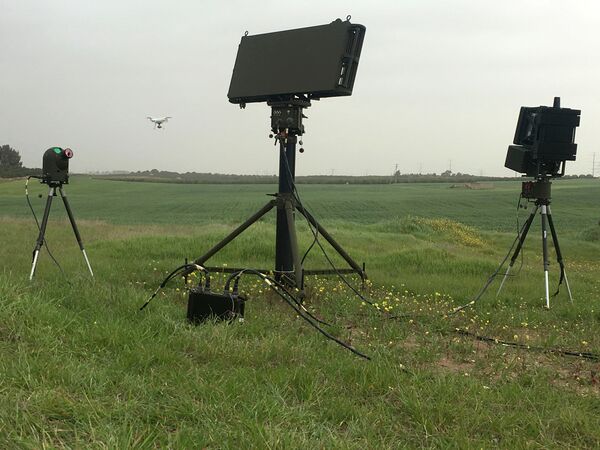 The manufacturer announced the sale on 2 July, noting that the deal is worth “tens of millions of dollars”. No further information relating to delivery timelines was disclosed.

First revealed to Janes at ELTA's Ashdod facility in southern Israel in late 2015, the Drone Guard is available for the short-, medium-, and longer-range detection and flight disruption of unmanned aerial vehicles (UAVs). It can be used against single threats or against multiple threats coming from different directions.

The system uses one of these three radar systems: the ELTA ELM-2180M man-portable radar to detect targets with a very low radar cross-section (RCS) out to a range of 3 km; the ELM-2026B radar for the detection of similar-sized objects out to about 4.5 km; or the ELM-2026 to do the same out to 6 km. For countering small UAVs, each of the radar systems is upgraded with special detection and tracking algorithms, as well as being adapted with an electro-optic (EO) sensor for visual identification.

All three solutions utilise 3D (azimuth, elevation, and range) X-band radars (for ground-clutter removal and separation between ground and air targets) to detect low-flying and low-speed airborne targets with a small RCS. When an unauthorised UAV is detected and tracked, the ELTA system then sets about jamming it to cause the aircraft to either return to its point-of-origin (the ‘Go Home' function) or to shut down and land.