The Iron Dome air defence system has maintained “an intercept rate of approximately 90%” during the latest conflict with militants in the Gaza Strip, the Israel Defense Forces said on 20 May. 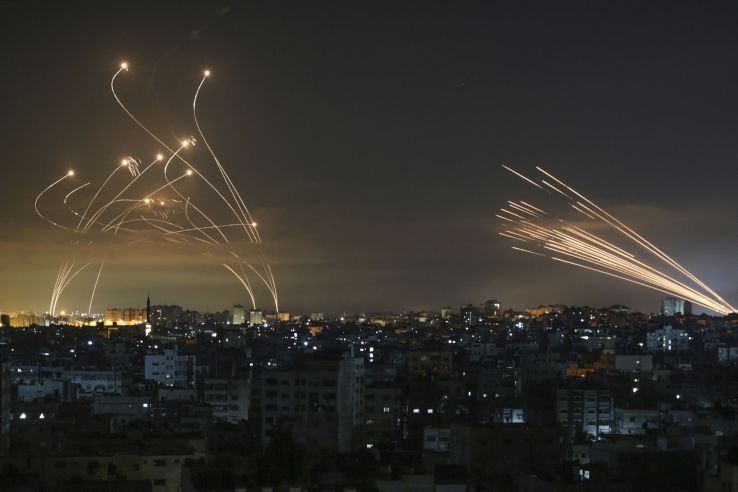 Iron Dome launchers in southern Israeli fire Tamir interceptors (left) against a barrage of rockets coming from the Gaza Strip, the contrails of which can be seen (right) on the night of 14 May. (Anas Baba/AFP via Getty Images)

It added that the militants have launched 4,070 rockets at Israel in the 10 days since the fighting escalated on 10 May, making this by far the most intense fire Iron Dome has faced since it entered service in 2011. In contrast, around 4,500 rockets were launched at Israel during the 49-day conflict in 2014.

The IDF did not state how many rockets have been intercepted, although it noted that 610 failed and landed inside the Gaza Strip.

The 90% figure refers to successful engagements where Iron Dome launched interceptors at rockets that it assessed to be heading towards areas designated for protection. It ignores those heading towards unprotected areas.

Both Hamas and Islamic Jihad unveiled new types of rockets with longer ranges and/or heavier warheads during the conflict and appeared to be attempting to saturate Israel’s air defences by launching more than a hundred at one area in a short space of time.

Multiple rockets have penetrated Israel’s air defences to hit Israeli population centres where they have killed at least 10 civilians and seriously injured more than 100. That contrasts with six civilians killed in 2014.

The Iron Dome air defence system has maintained “an intercept rate of approximately 90%” during the ...