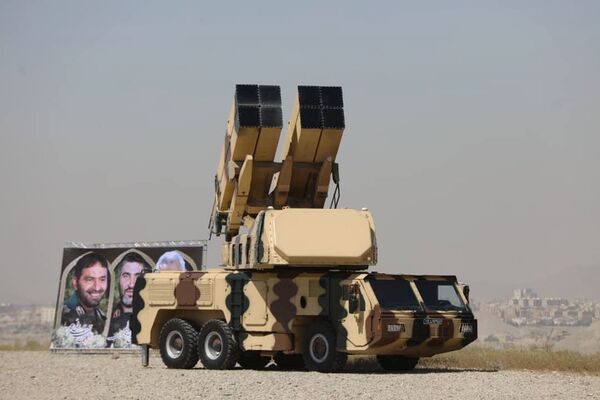 The 9 Dey short-range SAM system unveiled by the IRGC on 21 May. (Sepah News)

Often compared to the Russian Buk family of mobile SAM systems, the 3 Khordad was unveiled in 2014 and credited with shooting down a US Navy RQ-4A Global Hawk unmanned aerial vehicle flying over the Gulf of Oman at a range of a 70 km on 20 June 2019.

Named after a Persian date like the 3 Khordad, the new 9 Dey variant that was displayed used what looked like an identical transporter erector launcher and radar (TELAR) unit but with two pods, each with four smaller missiles in cannisters, attached to its three missile-launch rails.

The IRGC released footage of the system being tested and senior IRGC commanders were shown inspecting a missile production facility, indicating mass production has begun.

In an analysis of the 9 Dey, the Tasnim News Agency noted that some of the missiles seen in the facility had ‘command guidance' written on them in Persian, indicating they do not have their own radar seekers and are instead directed towards the target by their TELAR.

While those Persian words could not be seen clearly in the available footage, the missiles appeared to lack the radio frequency-transparent nose cones that would be needed for a radar seeker. They also had four strakes that could be antennas used to receive guidance commands from the TELAR.