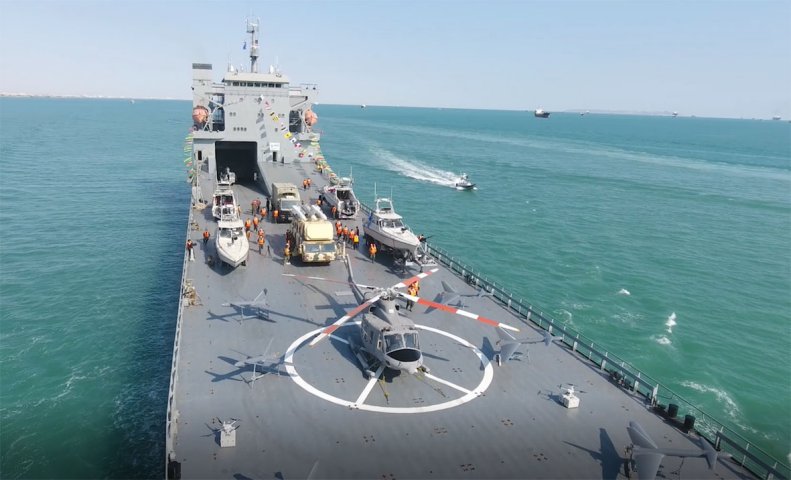 It announced that a ceremony was held on 19 November to commission what it described as a long-range multi-purpose vessel called Shahed Roudaki (L110-1), saying it has a length of 150 m, a beam of 22 m, and a displacement of 4,000 tonnes.

“The Shahed Roudaki heavy combat, intelligence, and support ship is a mobile naval city that is ready to carry out ocean missions with all the necessary equipment and facilities to create stable security of maritime transportation lines and provide relief to the commercial and fishing fleets of the Islamic Republic and regional countries,” it said.