A series of mistakes resulted in Ukraine International Airlines Flight 752 (PS752) being shot down on 8 January, killing all 176 on board, according to Brigadier General Amir Hajizadeh, the commander of the Iran’s Islamic Revolution Guards Corps (IRGC) Aerospace Force, which includes an air-defence component. 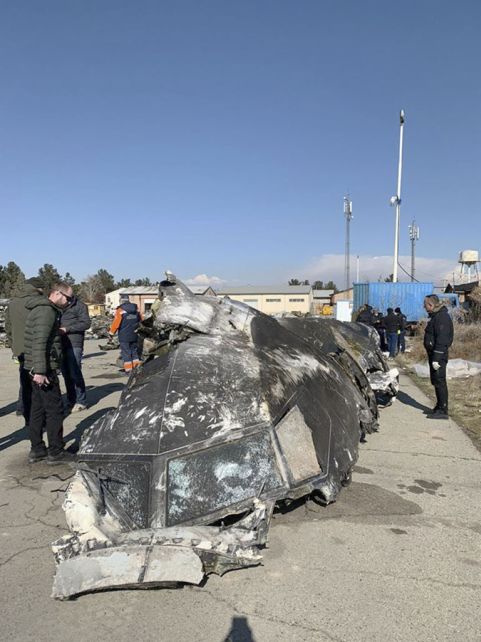 Ukrainian investigators examine wreckage recovered from PS752. (Office of the President of Ukraine)

“We take full responsibility,” he told a televised press conference on 11 January. “If there is any fault, it is due to an error by one of our number and, because they are under our command, we have to be answerable for them.”

He provided context to the tragedy, noting the extremely tense situation between Iran and the United States. He said that at the time of the incident he was supervising ballistic missile attacks on two Iraqi bases used by the US military in retaliation for the assassination of the IRGC’s Major General Qasem Suleimani five days earlier.

Meanwhile, Iranian air defences were at their highest alert level, which Brig Gen Hajizadeh described as a “war situation” and additional systems had been deployed around Tehran, including the one responsible for downing PS752, which he said arrived at Bidkaneh west of the capital at around midnight.

There are several military bases west of Bidkaneh that the airliner flew over as it turned northwards after taking off from Tehran Imam Khomeini International Airport. One of them was the site of the explosion that killed Major General Hassan Moqaddam, a key figure in Iran’s missile programme, in November 2011.

A series of mistakes resulted in Ukraine International Airlines Flight 752 (PS752) being shot down o...