Iran unveiled the upgrade it appears to be implementing for its T-72M1 main battle tanks (MBTs) when Minister of Defence Amir Hatami inaugurated the production line at the Bani-Hashem Armour Industrial Complex near Dorud on 13 August. 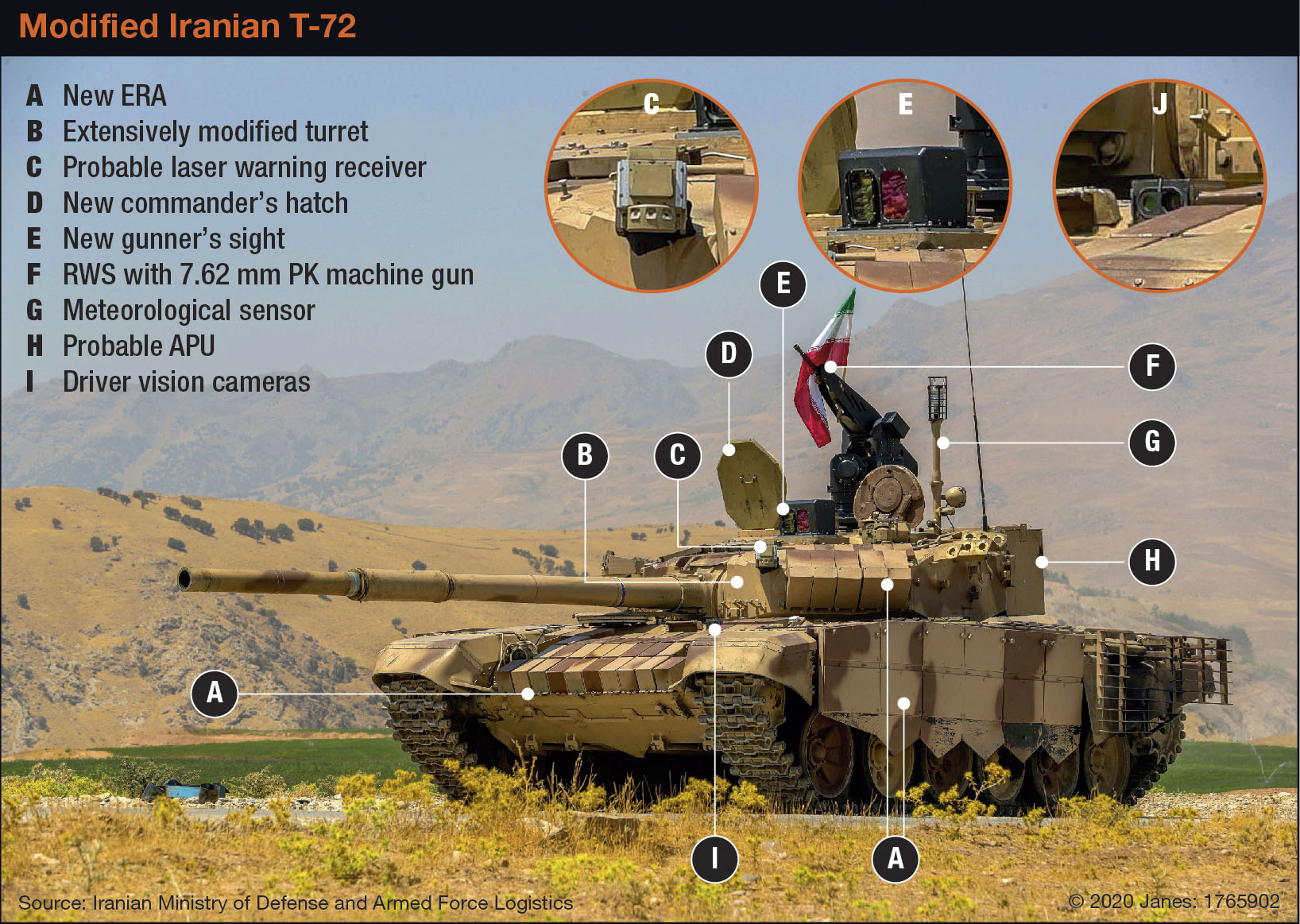 The Ministry of Defence and Armed Forces Logistics (MODAFL) released photographs showing an upgrade that appears to borrow elements from the Karrar, which was presented as a new tank when it was unveiled in 2017, and a modified T-72 displayed by the Islamic Revolution Guards Corps (IRGC) in June.

The photographs showed several tanks being worked on as well as an upgraded T-72M1 being tested but gave no indication that any Karrars are being produced.

The upgrade appears to involve extensive modifications to the existing turret to thicken its frontal armour. The armour on the side of the turret is flat now rather than rounded. The commander’s cupola, machine gun, and hatch have been removed, with the latter replaced with a simplified forward-opening hatch.

While this raises questions about the tank’s ability to acquire targets as the commander’s TKN-3 sight has been removed with the cupola, he probably operates the new remote weapon station (RWS) that sits on what may be an auxiliary power unit (APU) attached to the back of the turret. Armed with a 7.62 mm machine gun, this will presumably have its own electo-optical system, although one couldn’t be seen in the photographs.

Iran unveiled the upgrade it appears to be implementing for its T-72M1 main battle tanks (MBTs) when...