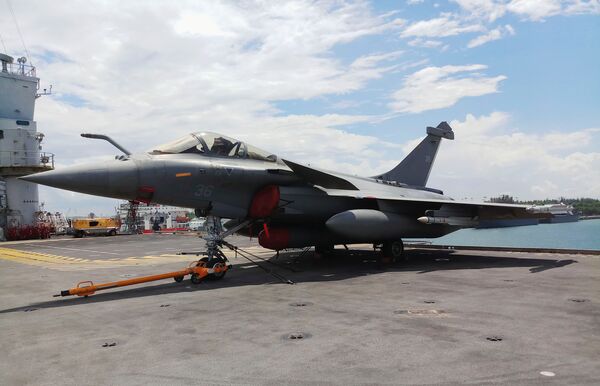 A Dassault Rafale multirole fighter, seen here on the flight deck of aircraft carrier Charles de Gaulle while it was berthed at RSS Singapura - Changi Naval Base. (Janes/Ridzwan Rahmat)

The Indonesian Ministry of Defense (MOD) has made further progress in its effort to procure 36 Rafale multirole fighter aircraft from Dassault Aviation but a formal contract may be delayed by a lack of clarity over funding sources.

The negotiations, which largely covered offset and financing arrangements, went well, Maj Gen Dadang said in February. The MOD has since raised a request for the programme to be funded with foreign-sourced loans, ministry officials disclosed in March.

However, a schedule of national projects that have been approved for foreign funding was obtained by Janes on 21 May. It confirms that Rafale programme has not been included. The schedule is published annually by the Indonesian Ministry of National Development Planning (Kementerian Perencanaan Pembangunan Nasional: BAPPENAS), and it spells out national programmes for which foreign loans can be obtained for the year.

As such, given the lack of endorsement from the BAPPENAS, the bid to procure 36 Rafale fighters has not been gazetted by the Indonesian Ministry of Finance (MOF) as a defence procurement programme for the 2021 financial year.

The Indonesian Ministry of Defense (MOD) has made further progress in its effort to procure 36 Rafal...