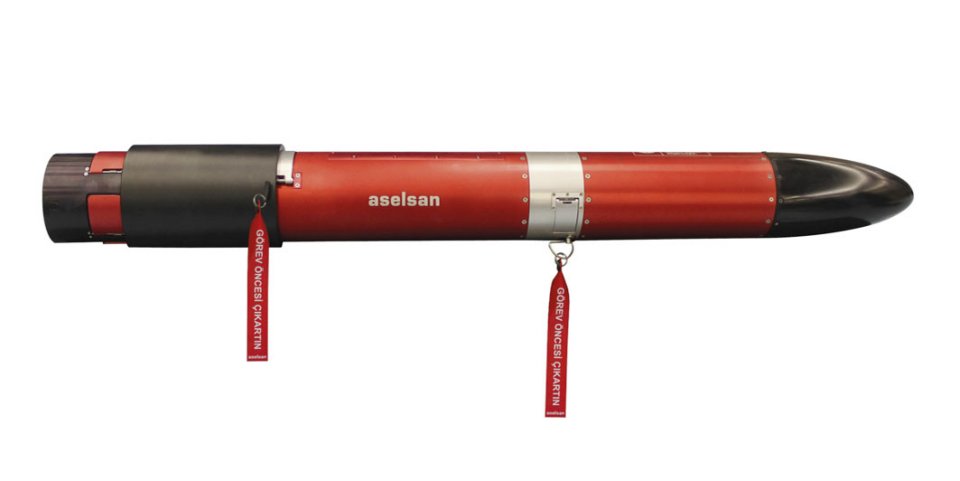 An effector from Aselsan’s Zoka range of torpedo countermeasure jammers and decoys. (Aselsan)

The equipment, which was delivered by Turkish defence company Aselsan as part of a contract signed in 2019, arrived in Indonesia on 22 October, Janes has confirmed with an industry source close to the matter.

Citing an official from Aselsan, Janes first reported in March 2019 that Indonesia had selected the Zoka range of jammers and decoys for the Nagapasa class.

The jammers work by emitting noises that saturate the acoustic operating frequencies of known torpedoes on the market, while the decoys can be programmed to simulate the acoustic and hydrographic characteristics of its host submarine.

These effectors are launched from Aselsan’s Zargana dispenser system, which can deploy up to 24 decoys or jammers in single-shot or salvo modes, without generating any air bubbles that may compromise the host submarine’s position.

This dispenser system is platform- and system-agnostic, and can be integrated into the host vessel’s existing combat management systems without the need for dedicated consoles.

State-owned shipbuilder PT PAL will be working with engineers from Aselsan to integrate the system onboard all three Nagapasa-class boats.

Indonesia signed for three Type 209/1400 boats with South Korean company Daewoo Shipbuilding and Marine Engineering (DSME) in 2011. The TNI-AL has inducted two boats in the class, Nagapasa (403) and Ardadedali (404), and is awaiting the commissioning of the final boat, Alugoro (405).

A consignment of acoustic torpedo countermeasure jammers and decoys meant for the Indonesian Navy’s ...