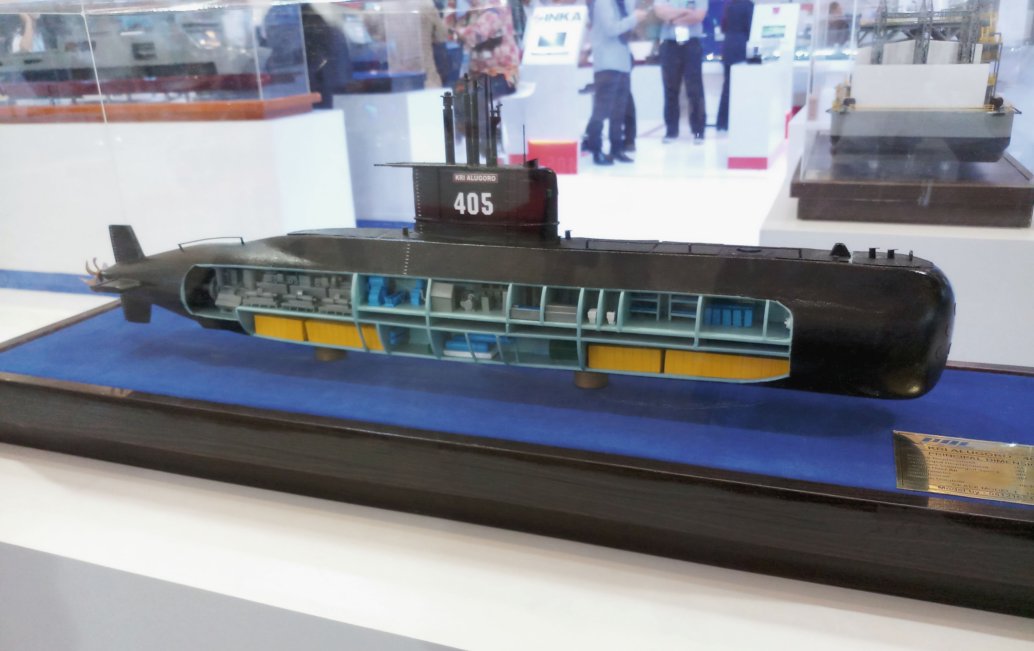 A cross-section model of the Nagapasa (Type 209/1400) submarine. Indonesia has signed a contract for three follow-on vessels to the class. (IHS Markit/Ridzwan Rahmat)

The vessels will be a follow-on to the country’s Nagapasa class, the contract for which was also awarded to DSME in 2011. Two submarines under this earlier contract have been commissioned by the Indonesian Navy (Tentara Nasional Indonesia – Angkatan Laut: TNI-AL), while a third was launched at PT PAL’s premises in Surabaya on 11 April.

Industry sources, who have been updating Jane’s on the progress of the negotiations for the follow-on SSKs since early January 2019, have also confirmed that PT PAL will take on larger workshare roles in this new deal with DSME as part of a technology transfer programme.

For the first vessel under the new contract, which will be the fourth-in-class overall, two of the SSK’s six modules will be constructed by PT PAL in Surabaya, while DSME will build the remaining four in South Korea. The Indonesian-built modules will be shipped to Okpo for assembly.

For the second submarine, which will be the fifth-in-class overall, PT PAL will construct four of the six modules in Surabaya, with DSME constructing the remaining two in Okpo. As with the first vessel, modules that have been constructed in Surabaya by PT PAL will be shipped to South Korea for final assembly.

The Indonesian Ministry of Defence has signed a USD1 billion contract with South Korean shipbuilder ...